Financial intermediation and payment systems have always been the preserve of the banking sector, but advancement in technology or digital disruption is giving a lot of palpitations to bankers.

Anthony Jenkins, the former CEO of Barclays, aptly remarked that banks are facing an “Uber moment” which is 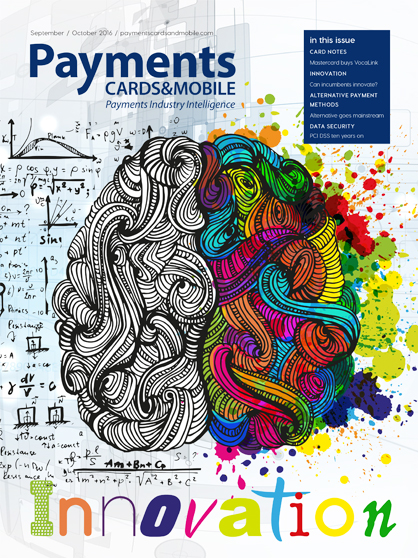 a phase of rapid development in financial technology or FinTechs that could see the disintegration of bank branches and the traditional banking model.

As banks are approaching their automation tipping point the Global Perspectives and Solutions Report recently published by Citibank Group gives a gloomy outlook on the whole financial system where it is conceived that the industry will see a 30% reduction in staff between 2015 and 2025 as a result of digital disruption. That alone translates to 1.8 million banking job cuts in the United States and Europe alone.

Digital disruption in the banking sector is mainly driven by the desire to create an ecosystem that embraces efficiency, customer needs and value for the financial intermediary. This disruption has come in two distinct forms, simplistic, as in the form of activities like agent banking to methods that take a more complicated form including electronic transacting through apps and mobile.

In Zimbabwe digital disruption has come in the form of mobile banking. While traditional banks were rolling out services like internet banking, they overlooked the principle of reliability which comes through mobile banking. The effect of mobile money services on banks has not been quantified but it is evident that banks have lost much on transfers and transactional value.

Though the uber moment for banks has much been confined to digital disruption there are a number of factors that are also signalling a fading relevance of the financial system especially in developing countries like Zimbabwe.

Confidence is an important pillar for the survival of any financial institution and in Zimbabwe confidence in banks has just proven to be a fragile tenet. With the continued erosion of trust in the financial system there has been a systemic fall in consumer banking.

There is no incentive for people to save and at the same time borrowing is expensive, way beyond the reach of many households and small businesses. Even transacting or transferring funds through banks has also proven to be costly. What makes the situation more corrosive is the fact that a lot of digital disruption has come in to service consumer banking primarily.

The erosion of confidence in the financial system and the entry of FinTechs pose a threat to the traditional banking model and it is imperative that financial institutions evaluate the efficacy of their research and development models.

In the long term it is very possible that traditional banks will lose a lot of grip on consumer banking. The solution for banks is to focus on Corporate and Investment Banking for their sustainability. Although Corporate and Investment banking has a high risk profile compared to consumer banking, it presents high returns. Corporate banking is one division that has not been tapped much by digital disruption.

However, for low income countries it is a Herculean task as corporate and investment banking follows an iterative approach with economic performance. With low production capacity and stagnant or negative growth it is difficult to make Corporate and Investment banking the focus areas for a banking business considering the credit risk and low return on investment.

Another hurdle to exclusive focus on Corporate and Investment banking is infrastructural capacity. While the “uber moment” is not confined to region, banks in the developed countries are well insulated as they can easily shift focus to derivatives and mortgages which are the two last frontiers for banks. In developing countries there are no robust derivative and mortgage markets and the threat of digital disruption coupled with low consumer confidence becomes more corrosive.

With the fall of Lehman Brothers in the US it has often been touted that there is no bank that is too large to fail but the tide of digital disruption requires banks to defy this sentiment. With a lot of FinTech start-ups asserting their position in the financial industry, it is clear that small banks, as measured by capital adequacy, will suffer the most.

To survive the surge of digital disruption banks have to re-establish themselves through holding a lot of near-liquid capital for sustainability in the long term. It is a moment of giving attention to the tough but robust Basel Accord recommendations that govern bank capital and risk mitigating measures. Mergers can also work in solidifying the resilience of banks.

Banks have for too long ignored the importance of research and development, which is the reason why the FinTech revolution has made significant in-roads.

For banks to survive the impending apocalypse it is important that they revisit research and development so that they stay innovative and up to standard with the prevailing environment. Had there been investment in innovation Zimbabwean banks would not have been caught napping with the mobile money bubble.

Many banks in advanced economies have since established the importance of playing along to digital disruption by embracing and funding some of the FinTech start-ups.

For example, Barclays launched Barclays Accelerator, an investment program aimed at FinTechs, and through the initiative, they can adopt and develop some of the technologies that can put their banking model at par with customer preferences and prevailing business and regulatory environment.

Another good example is that of Kenyan commercial banks that work closely with the mobile money service provider, M-Pesa. For Zimbabwean banks to survive it is important that they embrace digital disruption and better still invest in it.

The mobile device is now the preferred mode of payment and transaction and banks should not turn a blind eye to this phenomenon because it bears a huge impact on their operational capacity and survival.

Digital disruption is here for the long haul and for banks to survive it is important that they innovate or embrace FinTechs.Turning a blind eye will only draw the Apocalypse of the traditional banking system close.

It is also important that banks embrace FinTechs so that they preserve a grip on consumer banking.

The fact that customers are driven by reliability and confidence should drive banks to work with FinTechs whose services are embedded in these tenets.

It will be difficult for banks in developing countries to cope because areas of banking like corporate and investment, which have been less affected by disruption, are hamstrung by low economic capacity.

It is then apparent that banks are only faced with two choices: innovate or die.