As well as cutting tens of thousands of jobs, shrinking the bonus pool and shedding billions of dollars of unwanted assets, John Cryan promised to rip out and replace much of Deutsche Bank’s messy and outdated IT system as one of his top priorities when the German bank’s new boss presents his strategy to investors on Thursday.

In discussions with colleagues, he has expressed alarm about the “Horlicks”, or total 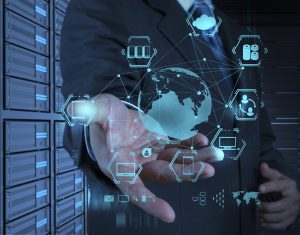 mess, the bank has made of its technology by allowing individual teams and traders to operate on their own incompatible platforms -according to a report in the FT

By operating a deliberate strategy of pitting teams against each other, in an attempt to spur them on, the bank has found itself riddled with different systems — all of which must be reconciled, often by hand, before trades can be processed and recorded.

His emphasis reflects the challenge confronting many big banks as they scramble to modernise IT systems, in the face of mounting pressure from regulators, digital challengers and cyber criminals.

Kim Hammonds, who Deutsche hired from Boeing two years ago as its chief information officer, has told colleagues that its IT systems operate by trial and error — an approach akin to her former employer sending aircraft into the sky, watching them crash, and then trying to learn from the mistakes.

Deutsche now has, for example, more than 100 different booking systems for trades in London alone, and has no common client identifiers. It has even been unable to retrieve some of the data requested by regulators — which contributed to its failure in this year’s US bank stress tests.

The German bank’s IT systems were called into question again last week when the Financial Times revealed that its London foreign exchange desk paid $6bn to a US hedge fund by mistake and only recovered it the next day.

People familiar with Mr Cryan’s plans said he has already warned colleagues that Deutsche has too many staff, with many paid too much for poor performance, as well as a balance sheet clogged up with uneconomic interest rate swaps.