Singapore’s DBS bank has decided to go for the mass-market retail customers and has launched a mobile-only bank. 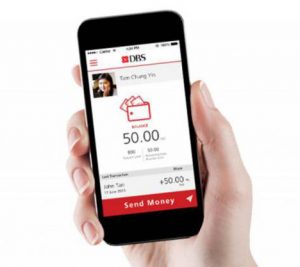 accounts by using Aadhaar card, the biometric authentication, at various companies it has tied up with.

At present, the lender has tied up with 500 Cafe Coffee Day outlets. In order to expand its customers base, the bank will be offering 7% interest rates (no minimum balance required) on the savings account, higher than the 5% it was currently offering and free cash withdrawals across all ATMs.

Piyush Gupta, Chief Executive Officer, DBS explains that the reduced cost in investments with this mobile-only bank will allow them to offer a high savings interest rate and other benefits. At present, the bank’s cost to income ratio stands at 55% in India which it is looking at bringing it down to its global average of 45% in the coming days.

“We want to build a liability book of Rs 50,000 crore and an asset book of Rs 10,000 crore in the next two-three years on this platform. We are also aiming to have about 5 million savings accounts in the next five years,” said Gupta.

He added that over the last two-three years the bank has invested about $500 million globally for its digital transformation. The management did not disclose the investments that have been made specifically into India. However, India is the first country where they have launched the mobile-only bank and going ahead the lender will be taking it to other markets as well.

This comes at a time when the bank is awaiting clearance from the Reserve Bank of India to convert into a wholly-owned subsidiary (WOS) in the country. Last April, the lender had submitted an application in this regard to the regulator.