The Danish Bitcoin outfit CCEDK has announced that it is coming out with its own Bitcoin debit card.

In addition to strictly storing the funds as Bitcoin or USD, the user will have the option to 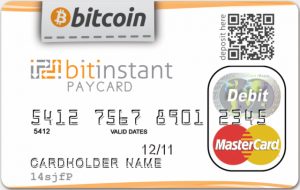 store their money as BitShares, which would be pegged to the value of the dollar or another major currency. This is a fundamentally lacking feature in many card programs available to Bitcoiners, although Bitreserve have come along to try and deal with the problem of volatility.

The new card will be called the NanoCard and it will be broadly available to customers of the exchange beginning today.The CEO of the exchange believes that something like the NanoCard could be a “killer app” for Bitcoin, saying:Bit-x, CCEDK, Cryptonomex, BitShares: each provides a part of the puzzle and the result is bitcoin’s killer app.

However, there are a number of other Bitcoin debit cards out there, including some that allow the user to receive part of their pay in Bitcoin, then still have access to the funds for spending even after the conversion to bitcoin.

Regardless, CCEDK were excited to release a debit card for their traders to make use of; according to CEO Ronny Boesing: “We have combined the strengths of digital currencies pioneered by bitcoin with the universal acceptance of major credit cards. It’s the combination of technologies that makes the NanoCard so powerful.