The humble current account has become the most targeted financial product by fraudsters, due to a loophole in the UK’s seven-day switching service.

At least 89 in every 10,000 applications for a current account are made by an imposter, 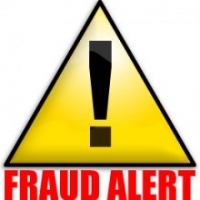 according to Q1 figures released by Experian.

Within the first three months of last year, 32% of fraudulent current account applications were attempted by people who had stolen an identity, but by the end of Q1 2015 this figure had jumped to 49%.

The trend has come as criminals continue to probe for weaknesses in the seven day switching system, says Nick Mothershaw, UK&I director of identity & fraud at Experian.

“Recent figures from the Payments Council shows that there has been a seven per cent year on year rise in current account switching,” he says. “While fraudsters may be taking the opportunity to test the security of lenders’ systems, increased detection rates are showing that their systems are clearly holding up.”

The data shows current accounts surpassing mortgage accounts as the number one target for financial fraudsters. As well as offering a quick win for abuse of overdraft facilities, current accounts can also offer criminals a stepping stone to a wider range of financial products using stolen details.