Continued momentum in US EMV adoption

The US EMV adoption of chip cards, just six months after the latest milestone in the migration timeline is continuing to gather momentum.

While consumers increasingly dip their cards to pay in-store, progress has been made by both 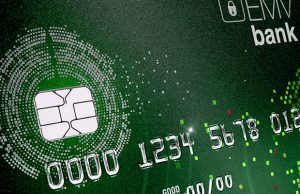 Continued momentum in US EMV adoption

card issuers and merchants. MasterCard has provided an update on how its cardholders, partners and customers are adopting EMV chip technology:

“Other countries that have already adopted chips have seen significant reductions in counterfeit card fraud over time – as much as 60, 70 or even 80%. The US industry continues to work together on EMV to generate similar results.”

In 2015, the Payments Security Task Force projected that 98% of cards issued in the US would feature chip technology by the end of 2017. This would top adoption rates by regions and countries that began implementing chip technology decades ago. Merchant EMV terminals adoption continues on track as projected in other Payment Security Task Force studies.