China and Russia are reported to have agreed on a new bi-lateral payment system to boost the use of their national currencies in bilateral and international trade, underscoring their intent to cut their reliance on the US dollar. 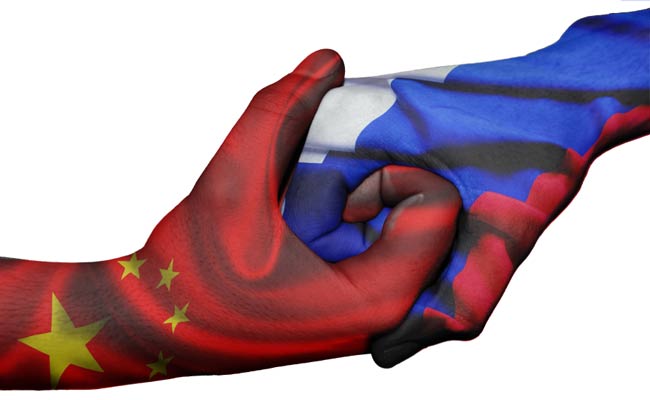 The development of a new international financial payments system aims to address rising concerns over additional US sanctions and trade tariffs.

Russian Prime Minister Dmitry Medvedev, during his visit to China earlier this month, said the two nations were discussing the launch of a new cross-border system for direct payment of trade invoices in the yuan and the rouble.

He also said discussions were under way to allow the use of China’s UnionPay credit card in Russia and Russia’s Mir card in China.

“No one currency should dominate the market, because this makes all of us dependent on the economic situation in the country that issues this reserve currency, even when we are talking about a strong economy such as the United States,” Medvedev said.

The impetus for creating a new financial infrastructure is the continued deterioration in both countries’ relations with the United States and the threat that Washington will impose more economic sanctions on one or both of them.

“The Chinese should protect their system while Russia should protect its own system,” Medvedev said earlier this month, ahead of the 22nd regular meeting of Russian and Chinese heads of government.

“In this respect, this kind of cooperation is very useful because in this situation no one will be able to block the development of financial traffic,” he said, predicting that China-Russia bilateral trade would reach $200 billion in 2020, double the $100 billion level in 2014.

The US, European Union and other Western countries imposed sanctions on Russia officials and businessmen after its forceful annexation of Crimea in 2014.

Many Russian and Chinese firms have also been fined or put on a blacklist by US authorities for violating US sanctions law. For instance, Chinese telecommunications equipment maker ZTE Corp was fined $1.4 billion fine in June for shipping goods to Iran and North Korea in violation of those sanctions.

Medvedev made clear the payment system initiative was an attempt to move away from the current dollar-dominated financial system.

“I want to say something that may raise a few eyebrows, but I think some of these [US] sanctions are good or useful because they forced us to do what we should have done 10 years ago,” he said.

“But it is unclear to me why we have been trading oil and gas for dollars and euros all of these years without trying to involve the rouble.

“Trading for roubles is our absolute priority, which, by the way, should eventually turn the rouble from a convertible currency into a reserve currency.”

Since some 42% of transactions on the Swift international payments system are in US dollars, exclusion from the current system is a powerful weapon Washington could use to punish sanctions violators.

The development of a new cross-border payments system could allow China and Russia to avoid using Swift for many transactions, potentially allowing them to circumvent any US sanctions.

“So starting a new payments system will help avoid such a situation, on top of other uses such as yuan internationalisation and Russia-China trade development.”

China’s share of Russia’s international trade increased to 15% last year from 11% in 2013, largely reflecting increased purchases of oil and gas, according to Dmitry Dolgin, Russia chief economist at ING Bank.

Russian imports from China replaced some of the EU imports that were cut off by Western sanctions, which increased China’s share of total Russian imports to 22% from 17% five years ago.

The post China and Russia to launch new payments system to avoid the US dollar appeared first on Payments Cards & Mobile.