More than 1.25 million children in the United States fell victim to identity fraud and theft in the past year, costing the average affected family more than $1,100.

The topic has taken on new and concerning relevance amid the accelerating use of social media, remote learning, and digital purchasing. The report, 2021 Child Identity Fraud Study reveals that over 70% of child identity theft and fraud victims know their perpetrators, and over half of all cases involve children ages nine and younger.

In addition to the financial costs, it takes many, often stressful, hours for parents and guardians to resolve. The tricky part about child ID theft is that it’s hard to detect. This makes it an attractive and lucrative fraud target for criminals.

Although child ID theft and fraud are not new, the topic has taken on new relevance during the COVID-19 pandemic, as society’s adoption and use of social media accelerates and remote learning and digital purchasing become commonplace.

In the past year, one in 50 US children has seen their identities stolen and used to perpetrate fraud, each instance costing US families an average of nearly $400 ($372) to resolve.

And that’s just the expense associated with the resolution time. The average loss linked to child identity fraud costs a single US family, on average, roughly $740 ($737). So, in total, a household affected by child ID fraud is losing more than $1,100 per incident, on average.

Keep in mind: That’s just the fraud parents or guardians know about. One of the most daunting challenges, as it relates to detecting the theft or compromise of a child’s identity, is that fraud typically takes place years after a child’s personally identifiable information (PII) is initially breached.

Once breached, personal information — which can include such things as Social Security numbers, email addresses, and passwords, among others — is leaked to the dark web, where it is sold in so-called underground forums on the dark web.

Some types of personal information come with a higher price tag than others, and when multiple bits of information about a single individual are bundled and sold, the price is even higher. Criminals value that information.

So the use of a child’s identity to commit crimes is not readily detectable.

A child’s information can be bought and sold for years in underground forums and used to perpetrate fraud that goes undetected for just as long. 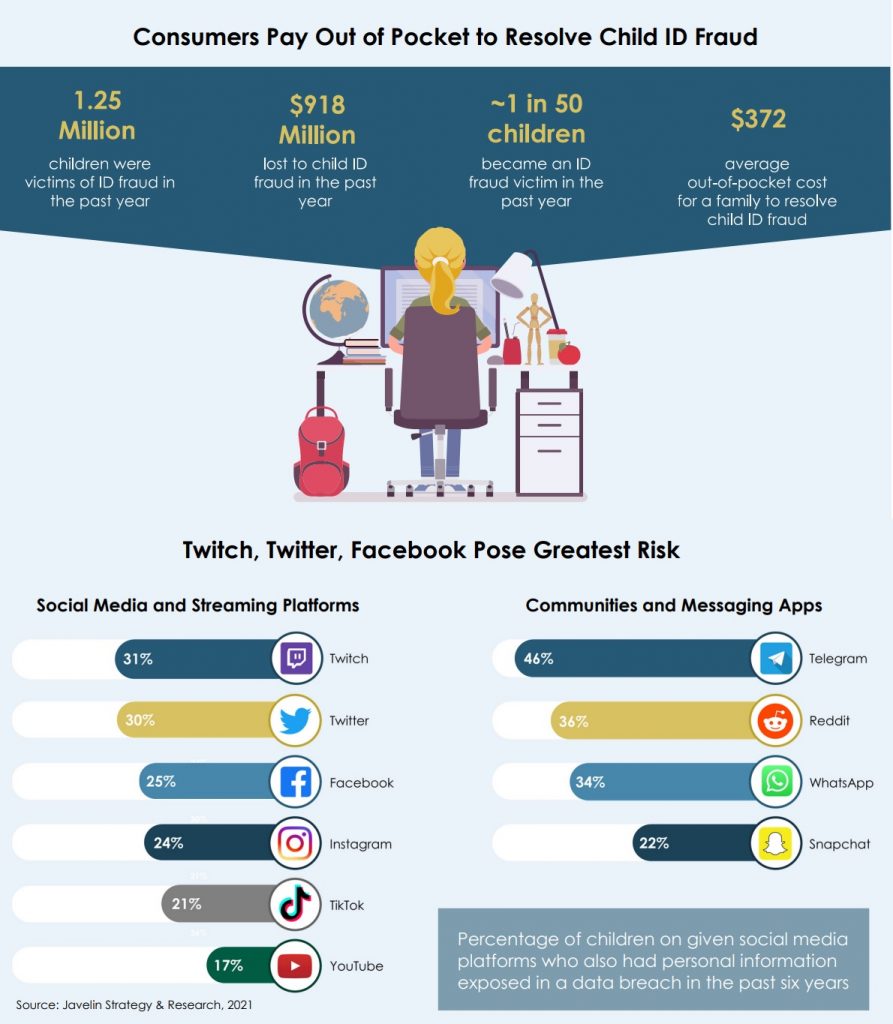