Check out is a thing of the past – PayPal CEO

Dan Schulman, PayPal CEO has said that mobile is going to “fundamentally redefine” the retail industry and change the way consumers think about the Check out. 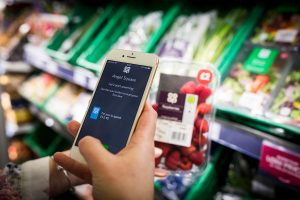 Check out is a thing of the past – PayPal CEO

“Already, it’s starting to do that. It is blurring the distinction between online and offline. People used to think about e-commerce and in-store. Mobile erases those boundaries,” Schulman said at an event hosted by the New York Economic Club.

To illustrate his point, he presented a scenario of a customer using a mobile phone to place a food order. “If you order a Subway sandwich on your mobile phone, customise it, you pay for it there, and then you go into the store, skip the line, pick it up, maybe tap your phone to pick up the rewards points or whatever it might be, was that an online transaction or an offline transaction? It was both.”

Omni-channel, meaning a seamless approach to shopping across channels, will be “the way everybody will go.” “You’re already seeing one store after another close. We’re way over-capacitised in terms of physical retail now. One-third of the malls here in the US are dead or dying already. And I could read you a list of a who’s who that are closing stores after another.”

It’s not that retail sales are going down, but the way people shop is shifting. For example, checkout lines could be a thing of the past.

Currently, Amazon is testing its Amazon Go store, which is a convenience store where there’s no lines and no checkout. Shoppers simply scan an app, pick up what they want, and walk out with a receipt that shows up on their phone – Co-op with Mastercard and a number of other similar trials are also in play.

In China, Schulman has noticed how many stores don’t have shopping carts or checkout lines.

“Checkout is like a vestigial organ of yesterday. It’s going to disappear,” he said, adding, “Those retail stores in China now. It’s almost like a Hollywood set. There’s what’s there and behind it is the warehousing. It’s like bags moving around. You order it and it’s shipped to your house within 30 minutes.”

Schulman expects that mobile will change not just retail, but everyday consumer behavior. “I think the best payment apps will transcend just payment itself. It will tie into all of your other activities,” Schulman said.

The post Check out is a thing of the past – PayPal CEO appeared first on Payments Cards & Mobile.