Chat Bots – Have you got a bot for that?

The move from apps to bots has been hailed as the new paradigm shift and the next big technological disruption. Messenger platforms and chat bots are being seen as the new way for businesses and users to communicate. PCM tracks the rise and possible implications of bots for banking and business.

Chat Bots – Have you got a bot for that?

financial advisors to in-home care for the elderly. Attention is now beginning to shift from apps to bots, autonomous, artificial intelligence-backed programmes that interact with systems or users. These natural language programmes allow businesses and customers to communicate directly via messenger chat platforms.

Thanks to integration with the user’s contacts, messenger apps have scaled quickly. WhatsApp has around one billion users, Facebook Messenger 900 million and WeChat 697 million. Consumers are quickly adopting smart two-way messaging apps as opposed to traditional, more limited options such as SMS or e-mail. Monthly usage figures show that messaging apps continue to eclipse other forms of social media as a conversational channel of choice. With billions of active users worldwide, messaging apps also far exceed the reach of individual bank apps. The race is now on to become the all-in-one hub for chat, entertainment, business interactions and payment — and to monetise this effort.

Satya Nadella, Microsoft chief executive, has outlined plans to put chat bots at the centre of its future efforts. Kik, a Canadian chat app, opened a ‘bot shop’ for apps in April. Tokyo-based messaging app Line will launch a smartphone call-centre using an artificial intelligence bot later this year. In China, Tencent-owned WeChat (or Weixin as it is known locally) has long been a stalwart of social networking, messaging and e-commerce. With 697 million monthly users, the WeChat app is ubiquitous in Chinese social and business life as a phone, messenger, gaming console and e-commerce platform. Facebook has also recently entered the fray when it launched developer tools to build bots for its instant messaging service.

ARE YOU BEING SERVED?

“Now that Messenger has scaled, we’re developing ecosystems around it. The first thing we are doing is exploring how you can communicate with businesses,” said Facebook co-founder Mark Zuckerberg at the F8 developer conference in April.

“You probably interact with dozens of businesses every day. But I’ve never met anyone who likes calling a business. And no-one wants to have to install a new app for every service or business they interact with.”

“We think that you should be able to message a business in the same way you message a friend. You should get a quick response and it should not take your full attention like a phone call would,” continued Zuckerberg announcing the launch of developer tools for its Messenger service.

This is as simple as it is insightful. Customers measure the success of a brand or service by how much value it adds to their lives and how little it disrupts them. They like facilitators of ease and convenience. As such, there is huge business value in making the complicated simple. And little to no value in making the simple complicated.

Messenger platforms have pinpointed the customer pain point. Customers are under-served by modern customer service. Zuckerberg claims to have been yet to meet the person who likes calling a business. He has almost certainly yet to meet the chief executive, who has been thanked by a customer for installing an interactive voice response (IVR) switchboard.

“Press #1 if you are a new customer. Press #2 if you are an existing customer. Press #3 for balance enquiries.” “All our agents are busy at the moment.” Almost everyone has been on the receiving end of such customer customer service. There has to be a better way to do this, and the messenger providers agree.

Messaging a business in the same way as messaging a friend is intuitive. It builds on what customers already know or do. It is quick and undemanding in terms of effort or time. Customers do not have to give it their full attention, which is a boon for the tech-savvy, time-poor multi-tasker. If a customer is already on the platform or in a conversation, there is no need to leave. The move from apps to bots is as much a disruption in customer service as it is in technology.

Barclays’ South African subsidiary Absa Bank announced at the end of April that it would pilot a chat bot, making it the first bank to do so in Africa.

“At Absa, we are constantly seeking new ways to be more relevant to our customers. By aligning our user-centric and Big Data expertise, we are able to connect with our customers through channel that they are actively using,” said Yasaman Hadijbashi, chief data officer, Barclays Africa.

The Absa chat bot will combine artificial intelligence with machine learning. It will get better over time as it trains itself. The bot will answer simple customer questions quickly, freeing up staff to focus on more complex enquiries that require deeper human insight. Absa can also learn what individual customers regularly ask for, in real-time, and make these options easier to find.

Sberbank, the largest bank in Russia, announced that it would be launching Sberbank Messenger. This will allow users to find, select and order goods and services from business, talk with sales representatives and receive personalised special offers via a platform within Sberbank Online. The service will undergo closed beta testing in August.

Meanwhile Santander customers in the UK can use voice banking via the Santander SmartBank app in a similar manner to Apple’s virtual assistant, Siri. Basic features around card spending are available in the first phase of the technology roll-out. The second phase, due for release later this year, will enable customers to fully service their accounts, including making payments, reporting lost cards and setting up account alerts.

“The worlds of technology and banking continue to evolve at pace,” said Sigga Sigurdardottir, head of customer and innovation, Santander. “We believe voice-assistant technology has huge potential to become an integral part of the future banking experience.”

Microsoft was forced to take its AI chat bot, Tay (an acronym for ‘thinking about you’), offline earlier this year after it made a series of racist and sexist comments. The tech giant claimed that users on Twitter launched a co-ordinated attack, which exploited a vulnerability in Tay. Aside from hardening security to prevent brand-damaging bot outbursts, what are some of the considerations to bear in mind when integrating messenger banking?

“What we learned when developing and implementing WAY4 Messenger Banking is that is it better to start with useful services that will attract customers, such as real-time customer support, P2P transfers and exclusive offers. It is unlikely that customers will start using a chat bot for information about exchange rates and branches nearby,” says Maria Vinogradova, director of strategy and market intelligence, OpenWay Group.

Messengers are conversational environments where banks can interact with customers in their own language and in a familiar way. Vinogradova advises banks to consider the nature and style of the chat environment when programming answers for the bot. “Additionally, anticipate the most frequently asked questions to make chatting easier. Most importantly, replicate the simplicity of the customer experience of messengers, otherwise users will not use them,” she says.

As to the possible pitfalls to avoid, Vinogradova advises seeing messenger banking as complementary to existing channels. “It is important to consider the omni-channel approach. If customers use messenger banking for P2P transfers for example, it does not mean that they will not use other channels, such as the bank’s mobile app and those of other providers.” Messenger banking should be seen as additional to, not a replacement for, other channels.

“The messenger banking channel demands a real-time response, so the KPIs for the system of automated answers, and the humans behind this, should reflect this,” Vinogradova concludes.

CONVERSATION IS THE NEW INTERFACE

The general trend towards the use of robots and greater automation is two-pronged. Firstly, using automation to standardise human processes for greater efficiency. Secondly, humanising automated engagement for greater personalisation. But do consumers mind that they are talking to a robot?

Probably not, if the bot gives them what they want quickly and with minimum fuss. Deployed correctly, chat bots help fix broken customer service. They answer customers in real-time and get better and smarter over time. If banks heed the learnings, so will they.

“We think that you should be able to message a business in the same way you message a friend. You should get a quick response and it should not take your full attention like a phone call would.” Mark Zuckerberg, co-founder, Facebook at the F8 developer conference

Chat bots still rely on an element of self-service from customers. However, customers may be 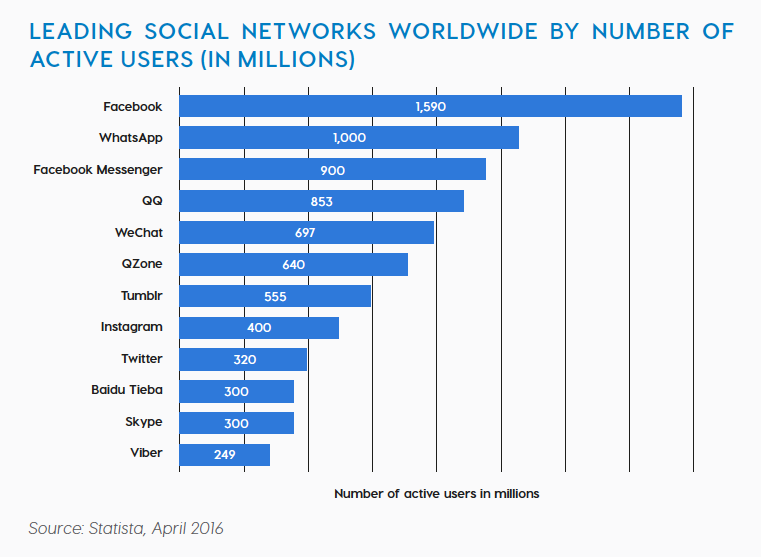 more than willing to invest time and effort, without having to invest their full attention, in exchange for convenience and better speed and quality of service. Better service is only one aspect of chat bots. The other is sales.

Social media platforms are moving towards measuring interactions daily rather than monthly, which speaks volumes for their significance. In an attempt to monetise their user bases, they are looking to contextual or conversational commerce. This is where consumers can transact without leaving the moment or experience. In a B2B context, contextual commerce may go beyond simply payment to include ancillary data, such as invoicing and reconciliation data.

Messengers are a portal, a platform or a new operating system, depending on how you look at it. Conversation is the new interface. Move over apps. The bots are coming — ready or not.

The post Chat Bots – Have you got a bot for that? appeared first on Payments Cards & Mobile.