Charging for credit and debit cards – the norm under new rules?

New standards on how much businesses can surcharge their customers for credit and debit card purchases start in September. However, it’s not clear how the rules will be policed and whether this will lead to all businesses enforcing a surcharge, rather than just those who choose to.

The Reserve Bank of Australia (RBA) has revised the regulations, aiming to limit the amount merchants can 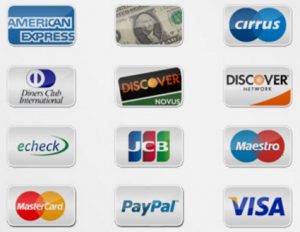 surcharge customers for paying by credit or debit cards. The new rules will initially apply to large merchants, defined as those employing over 50 staff, as these businesses are seen to be overcharging the most – writes Steve Worthington, Adjunct Professor, Swinburne University of Technology.

Businesses have been able to add on surcharges to these type of purchases in Australia since January 2003. This was part of RBA regulatory interventions in the first place, as it originally allowed merchants to surcharge in order to recover the costs of accepting card payments. The surcharges can be ad valorem (in proportion to the value of the transaction) or a fixed dollar amount.

A current example is that taxi fares using a Cabcharge terminal, whether they be paid by charge, credit or debit card, are surcharged at the same ad valorem level of 5%, as a processing fee. Not all the goods and services suppliers who accept card payments chose to impose surcharges on their customers, but a significant and seemingly ever increasing of them do surcharge.

JetStar charge a booking and service fee (per passenger, per flight) of $8.50 domestic and up to $12.50 for international, whilst Virgin charges a Fee of $7.70 for payments made by credit or debit card. These examples of surcharging have caused much angst amongst consumers and the recent Financial System Inquiry had over 5,000 submissions to its final report, complaining about surcharging, particularly by airlines.

But how will the new standards be enforced? In February, The Australian Competition and Consumer Commission (ACCC) was given the power to issue infringement notices worth up to just over $100,000 to listed corporations who charge their customers excess payment card surcharges

These are defined as charges that exceed the costs of acceptance of payment cards. It remains to be seen if the size of these penalties deters merchants from excessive surcharging.

In May, the RBA published new standards as to the average cost a merchant is permitted to charge for accepting credit or debit cards. These apply to the following so-called card schemes, EFTPOS; MasterCard credit and debit; Visa credit and debit and American Express companion cards, issued by Australian banks.

Under the new rules the average cost of accepting a debit or credit card is defined in percentage terms of cost of the transaction. This will vary by merchant, but it means that merchants will not be able to levy fixed dollar surcharges.

The permitted surcharge for an individual merchant will be based on an average of their card costs over a 12 month period. In the interests of transparency, the financial institution who processes each merchant’s transactions, will be required to provide regular statements of the average cost of acceptance for each of the card schemes.

This information will of course also be important for the ACCC in any cases where enforcement is required if merchants are surcharging excessively.

Now that surcharges are well defined by the RBA, the risk is that surcharging will become a normal extra charge like GST, an unintended consequence of the new rules. Also why should merchants be allowed to charge their customer a surcharge for such payments, which are surely just another cost of doing business, just as is their utility bills and employee wages?

The ACCC is currently finalising guidance material for consumers and merchants which will provide further information on the ACCC’s enforcement role and how consumers can make complaints if they believe that a surcharge is excessive.

Surcharges on card payments have certainly already provoked rage amongst consumers, the final question is, will the next iteration of surcharge standards make surcharging the norm?

The post Charging for credit and debit cards – the norm under new rules? appeared first on Payments Cards & Mobile.