An article in the Reserve Bank of Australia’s (RBA) Bulletin of December 2018, accurately and comprehensively describes the history of the regulation of payment card surcharging in Australia.

The RBA first introduced regulations concerning surcharging in 2003, in theory to support competition and efficiency in the payments system. Merchants could surcharge for all payment methods, including cash and cheques, however there had to be at least one non-surcharged method of payment – writes Professor Steve Worthington, Swinburne University Business School.

These regulations were modified in 2013 and new rules limited the amount of any surcharge to the ‘reasonable’ cost of card acceptance to the merchant. The RBA introduced further new rules in 2016, with a narrower and more precise definition of permitted card acceptance costs. The ACCC was then charged with the responsibility to enforce the ban on ‘excessive’ surcharging.

The 2016 regulations were in part a response to the submissions from the wider public to the Financial System Inquiry (FSI), that was initiated by the Australian Government in 2014. 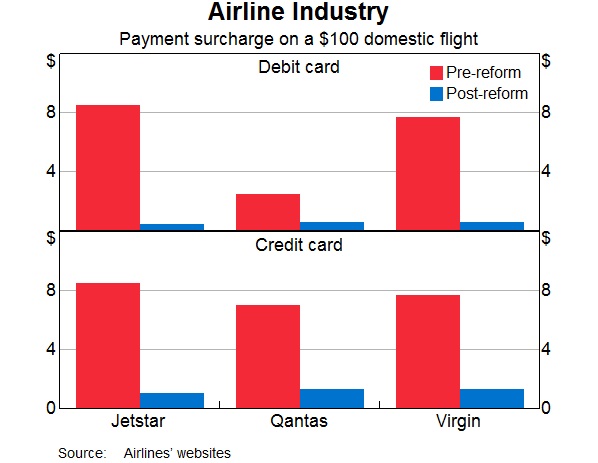 More than 5,000 of the circa 6,500 final submissions to the FSI were concerned with surcharging on card payments. It was hence no surprise that the Government in 2015 announced that it would crack down on ‘excessive’ card surcharges.

The ACCC has since then had several successful enforcement actions both via infringement notices and litigation, against merchants 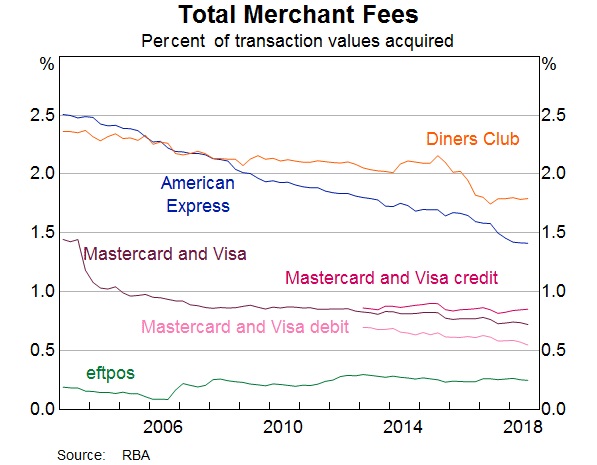 who were surcharging ‘excessively’ . However, it continues to receive reports of usually smaller businesses that are alleged to be imposing excessive surcharges.

Some of these for example, continue to impose fixed fee surcharges for card transactions under a certain limit (e.g. 50 cents for a purchase under $10).

The RBA has excellent data on the average merchant fees that the card systems impose on both credit and debit card transactions.

So, the smaller you are as a merchant, the more you pay in merchant fees for accepting card payments. The type of card used can also influence merchant fees, ‘corporate’ cards and ‘premium’ credit cards generally have higher merchant fees, which helps to explains why card issuers are keen to ‘upgrade’ credit cardholders to premium cards.

Perhaps partly because of the complexities associated with the regulation of surcharging on card payments, many businesses chose not to apply surcharges. The RBA’s Consumer Payments Survey of 2016 showed that consumers paid a surcharge on only 3.5% of all card payments in 2016; moreover, surcharges were paid more on credit card payments (4.7%) than on debit card payments (2.5%).

Other countries with high levels of payment card usage, such as the United Kingdom have, since January 2018, banned surcharging on card payments. This follows from a European Union directive, which banned such fees on Mastercard and Visa payments. The UK Government went further and banned surcharging also on American Express and PayPal payments.

So why bother with surcharges in Australia? Judged by the number of contacts that the ACCC has received regarding excessive surcharging, since it took total responsibly for enforcing the law in September 2017, merchants are still abusing the regulations. This is acknowledged in the RBA Bulletin of December 2018.

Also surcharging on card payments, be they credit, or debit is resented by consumers, again as evidenced by the number of contacts that the ACCC receive about perceived excessive surcharges and by the 5,000 plus submissions on this issue received by the FSI.

Would it not be much simpler and better understood by both merchants and consumers, if surcharging on all card payments was banned in Australia?