After a sensation 2020 and a manic January 2021, regulators have finally had enough and are sharpening their focus on bitcoin and its use in the international financial system. 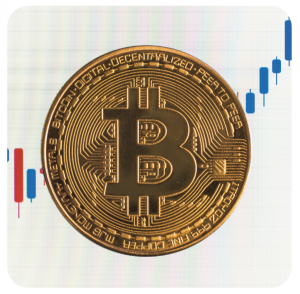 It comes after the value of the digital currency raced higher in a volatile rally that fed concerns over its lack of robust oversight by financial watchdogs.

Both the UK’s Financial Conduct Authority and the president of the European Central Bank highlighted the need for more stringent regulatory scrutiny for cryptocurrencies this week, noting the extreme volatility and criminal activity often associated with the market.

ECB president Christine Lagarde said that bitcoin was “a highly speculative asset, which has conducted some funny business and some interesting and totally reprehensible money laundering activity”.

Ms Lagarde’s comments follow a grimly-worded warning from the UK’s regulator, which reiterated to consumers this week that anyone dabbling in bitcoin schemes “should be prepared to lose all their money”.

The price of bitcoin rocketed by more than 300% last year and gained a further 40% in early January to reach a high of more than $40,000. Since then, it has dropped 17% with no clear trigger.

This degree of volatility is off-putting to many institutional investors, but difficult to ignore for some hedge funds and other private investors.

But Ms Lagarde warned that “criminal investigations” had demonstrated “very clearly” that bitcoin was used in money laundering, and she called for “regulations” of the cryptocurrency to be agreed “at a global level”, potentially at the G7 or G20 groups of rich countries.

“If there is an escape, that escape will be used — if anything it shows that global co-ordination, multilateral action is needed,” she said, adding that the Financial Action Task Force on Money Laundering was increasingly focusing on cryptocurrencies.

In the UK, the FCA said it had concerns about unauthorised investment schemes offering lucrative returns linked to cryptocurrencies as well as the high level of volatility in prices. Consumers have no recourse to UK regulators for cryptocurrency bets that turn sour.

“This is not on the back of the bitcoin price movements . . . but we are aware that spikes in the price of crypto assets like bitcoin can increase consumer interest in crypto assets and investments relating to them,” a person familiar with the FCA’s thinking said.