Bitcoin at 10: A bumpy ride from Idea to $100 billion market capitalisation

Bitcoin is Ten! Ten years ago, as Lehman Brothers declared bankruptcy and the global economy nosedived into recession, the idea for an alternative digital currency was being built online. 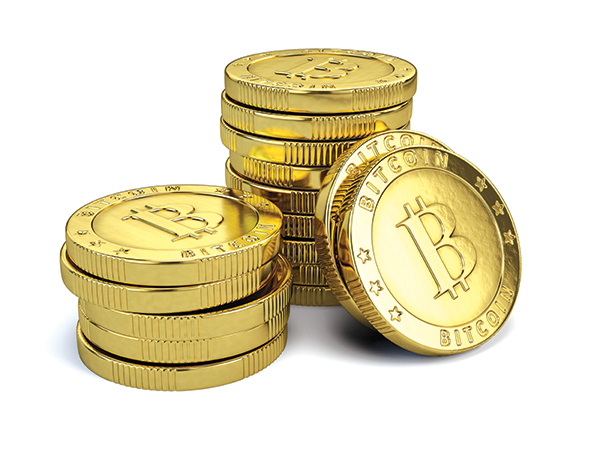 Bitcoin at 10: A bumpy ride from Idea to $100 billion market capitalisation

On Oct. 31, 2008, Bitcoin was born — and in the past 10 years it has evolved from an anti-establishment hobby among coders to a household name on Wall Street.

Last week, the cryptocurrency closed around $6,300, a fraction of the record high near $20,000 it hit in December 2017. Still, Bitcoin’s current levels are well above the fraction of a penny where it first began trading — and its true believing investors are mostly richer because of it.

The first and most famous digital currency sparked mania among retail investors last year. Despite being founded to bypass them, it has caught the attention of some of the world’s most powerful institutions.

Who wrote the code?

Perhaps the most confounding thing about Bitcoin is its origin story. It was invented by an anonymous cryptographer going by the pseudonym Satoshi Nakamoto. He, she or they wrote bitcoin’s founding white paper a decade ago on Halloween, claiming online to be a Japanese man. But some speculated that was unlikely, based on Satoshi’s perfect English and bitcoin’s software not being labelled in Japanese.

The conspiracy theories and clues are endless. British spellings and phrases such as “bloody hard” on online forums hinted that Satoshi was English, while time stamps from emails suggested that the founder could be American, Irish or Finnish. Tesla CEO Elon Musk is among those who have been suspected of being Satoshi, though he denied it. Multiple others “admitting” to being the founder have since been discredited. The code is so impressive, others say, that it must have been written by multiple people.

As bitcoin started to gain popularity, Satoshi emailed a fellow bitcoin developer, saying the founder had “moved on to other things.” Satoshi went radio silent on public forums by 2011 and passed the reins to Gavin Andresen, a software engineer, who became the chief developer of the open code that refines the Bitcoin protocol. But Satoshi didn’t walk away empty-handed. Sergio Demian Lerner, an Argentine researcher, has estimated that Satoshi accumulated around 1 million Bitcoins before disappearing – worth over $6.2 billion.

Bitcoin’s original goal, according to its white paper, was straightforward: A “purely peer-to-peer version of electronic cash would allow online payments to be sent directly from one party to another without going through a financial institution.” Satoshi’s idea solved the “double spending” problem that other failed digital currencies, like e-Cash or DigiCash in the 1990s, ran into.

In order to make sure payments didn’t need a third party such as a bank, bitcoin would rely on “distributed ledgers,” which could be seen by anyone to verify that the money actually changed hands. The network records transactions and puts them onto an ongoing chain, forming a record that can’t be altered. That technology is widely known as blockchain and is now being applied to industries such as health care, farming and mortgages.

It began gaining traction in online forums, and by 2009 the first 50 bitcoins, known as the “Genesis block,” were mined. Mining is the energy-consuming process, done on high-powered computers, to solve math equations that confirm transactions on that public ledger. The first-ever Bitcoin transaction took place just over a week later from Satoshi to late software developer Hal Finney.

In order to trade Bitcoin, the first exchange, called “dwdollar,” came on the scene. A few months later, the first real-world transaction in bitcoin took place. At the time it had no real value. But a Jacksonville, Florida, programmer paid 10,000 bitcoins for a pizza in May 2010, which at the time, using bitcoin’s newly established exchange rate, was worth about $25, according to CoinDesk. At October 2018 prices, he would have paid $63 million for that pizza.

By the end of 2010, it was emerging as a real currency with the first mobile transaction and its total value topping $1 million.

Bumps along the Silk Road

Mt.Gox put bitcoin on the map — but not in a way some would have hoped. The Tokyo-based bitcoin exchange launched in 2010, and three years later it was handling roughly 70 percent of all cryptocurrency transactions in the world. The site was founded by Jed McCaleb, who later went on to found crypto projects Ripple and Stellar. But he sold before it went under.

The site experienced its first of multiple hacks in 2011, when bitcoin reached a price milestone of $1. It was later effectively frozen out of the US banking system for regulatory issues, and by 2013 stopped trading, closed its website and filed for bankruptcy protection.

Silk Road was another smudge on bitcoin’s reputation. The dark web marketplace facilitated transactions for guns, drugs and other illicit goods, mostly with bitcoin. Bitcoin became known as the currency of choice for criminals, which is still how it’s categorised by those who doubt bitcoin’s place in modern finance.

The digital currency plunged after US law enforcement officials shut down Silk Road. In 2015 the site’s creator, Ross Ulbricht, was sentenced to life in prison. Many expected demand to dry up after the website was closed. But in the following years, the opposite seemed to happen.

By 2017, investors were using Bitcoin more as a speculative bet than as a vehicle for buying pizza. It has been compared to digital gold — with a limited supply (21 million exist, and of that, roughly 17 million have been mined) and potential as an alternative investment and a safe-haven currency in turbulent times for stock markets. That use case seems less likely, though, as Bitcoin has struggled to recover to its high even among trade wars, Brexit concerns and struggling global currencies.

Many retail investors were driven by FOMO, or “fear of missing out,” at the end of last year. Bitcoin began last year below $1,000 and by December was trading above $19,000, bringing its total gains to 1,300%, according to CoinDesk. Those gains brought in a new era of crypto millionaires, who in some cases, publicised their gains and Lamborghinis on Twitter. It has since dropped more than 60% and was trading above $6,300 as of the end of Friday’s trading session.

Bitcoin’s all-time high coincided with the launch of what many hoped would make it mainstream — a futures market. The Chicago Mercantile Exchange, or CME, introduced bitcoin futures trading on Dec. 17. That same day, bitcoin hit a peak priceof $19,783, according to data from CoinDesk. The Chicago Board Options Exchange, or CBOE, also opened a futures market, a week earlier.

“Futures” let an investor bet that the price will hit a certain level without having to buy the asset itself. The Intercontinental Exchange, parent company of the New York Stock Exchange, plans to introduce another form of futures in December through a new joint venture called Bakkt, also supported by Starbucks and Microsoft.

Regulation
The popularity ushered in new buyers and the attention of regulators. Since it’s not backed by a single government, no single entity is in charge of overseeing Bitcoin. Each country and even different states within those countries have fragmented rules on how they treat the new asset class. Global regulators are still reconciling how to handle “know your customer” and anti-money-laundering requirements, while not cracking down too hard on what could be an innovative new asset class.

The Securities and Exchange Commission has explicitly said that Bitcoin and ether, linked to another blockchain platform launched in 2015, are commodities. But it said all other initial coin offerings are securities and therefore should be regulated by the SEC.

While industry leaders have increasingly called for more clarity, SEC Commissioner Jay Clayton has said he does not plan to change the rules for crypto. A law change would take an act of Congress, which members of the House left as an open possibility in their September letter to the SEC.

Even if bitcoin doesn’t survive another 10 years, many on Wall Street are betting that its underlying technology will.

J.P. Morgan Chase, IBM, Deloitte, Amazon and Facebook are among those working on private blockchain solutions for businesses, which for the most part have nothing to do with cryptocurrencies.

Meanwhile, merger and acquisition activity for blockchain and cryptocurrency companies has more than doubled in the past year amid a 54% slump in bitcoin prices, according to JMP Securities and data from PitchBook.

“Everyone is talking about blockchain, and no one wants to be left behind,” according to PwC’s 2018 Global Blockchain Survey, which included 600 executives from 15 territories.

Executives now seem to be going through the same “FOMO” for blockchain as retail investors experienced with bitcoin at the end of last year. In a report published by PwC in August, 84% of executives surveyed said their companies are “actively involved” with the technology.

The post Bitcoin at 10: A bumpy ride from Idea to $100 billion market capitalisation appeared first on Payments Cards & Mobile.