Nine of the largest investment banks, including Goldman Sachs, JPMorgan and Credit Suisse, are planning to develop common standards for blockchain technology in an effort to broaden its use across financial services.

The group is looking to channel data, ideas and financial backing to a start-up called 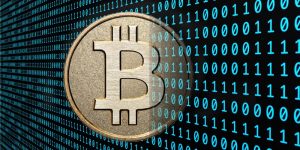 R3CEV, a New York-based group of trading and technology executives.

Barclays, Commonwealth Bank of Australia, State Street, RBS, BBVA and UBS are also backing the initiative, which intends to be an industry utility to accelerate the acceptance of blockchain – according to an article in the FT.

Blockchain, the computer network on which bitcoin sits, has caught the imagination of the financial services industry in the past six months for its potential to overhaul the sprawling and complicated network of bank payments and settlements. It is seen as a way of instantly updating payment ledgers in multiple locations without a single, centralised authority.

Banks, exchanges and settlement houses are exploring ways to harness the much-hyped technology to reshape many of their daily operations, from upgrading old back-office systems and outsourcing billions of dollars in costs to automatic execution of contracts.

Such exploration has sent the industry in many directions, from looking at networks that rely on bitcoin or other digital tokens for their use, to ones in which accredited users are given “permission” to access a particular blockchain. And despite the interest, the industry has yet to come up with a widespread application for financial markets.

“If you’re looking to introduce applications with distributed ledger technologies to improve the financial markets, you can’t have each participant working to a different pattern,” said Christopher Murphy, global co-head of FX, rates and credit at UBS. “What R3 are doing is bringing a consensus which could establish common standards.”

R3 wants to establish consistent standards and protocols, while linking bank collaboration on research, experimentation and design of prototypes to create a “network” effect. Data will be stored outside the bank’s firewalls, and analysed and matched against other counterparties.

“This partnership signals the first significant commitment by the banks to collaboratively evaluate and apply this emerging technology to the global financial system,” said David Rutter, chief executive of R3.

The banks will also back R3 with seed capital, collectively contributing “several millions of dollars”, according to a person familiar with the talks. The funds are expected to go a forthcoming series A capital raising for R3.

One issue is whether the industry can overcome any mutual distrust and share information and ideas. Many banks, including Barclays and UBS, are also developing their own in-house blockchain trials or partnering with other start-ups. “You don’t put all your eggs in one basket — you hope one of the bets pays off,” said the chief information officer at one investment bank.

“It comes down to ethos and focus,” said Brad Novak, chief technology officer for Barclays’ investment bank. “We want people to actively shape the landscape and not just look at what others are doing. We’re confident this group want to contribute.”