Members of the BBA have voted for the organisation to consolidate with three other bodies to form a new trade association for the finance sector.

The BBA will now join the Council of Mortgage Lenders, Payments UK and UK Cards 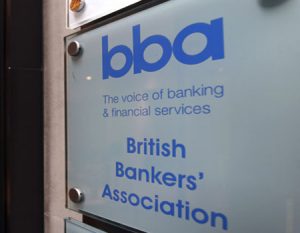 Association in a new Trade Association representing the Financial Services Industry after 94% per cent of its voting membership found in favour of the proposal.

“It is right that our members get effective representation and value for money from their trade associations. The BBA membership has voted 94% in favour of consolidating the BBA as part of a new Financial Services Trade Association,” says Anthony Browne, CEO, BBA.

“We look forward to working with the other trade associations and to providing a world class service for our members across the banking sector.”

The vote comes in response to the proposed consolidation set out by The Financial Services Trade Associations Review, an independent review into the effectiveness and efficiency of the financial services trade association landscape with the aim of strengthening representation of the UK financial services industry.

The review, led by Ed Richards CBE, was set up by a steering committee of major UK banks and a building society to consider the wide range of existing trade associations at a time of significant change in financial services, persistent low levels of customer trust, and new and diverse entrants to the industry.