In a UK first, Barclays has announced it will be the first British bank to allow people to pay each other and small businesses via Twitter payments using just their Twitter handle.

Launching on both Android phones and iOS devices next month (Tuesday 10th March), 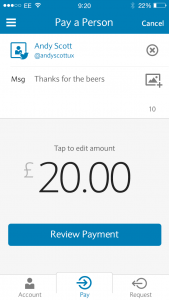 Twitter payments through Pingit will expand the existing service to social media and a potential  13.5 million Twitter users in the UK.  The service will be available to all Pingit customers whether they bank with Barclays or not.

To sign up, users can link their Twitter handle to their Pingit profile under the app settings.  Payments to friends, family and even small businesses are then easily completed in three easy clicks. 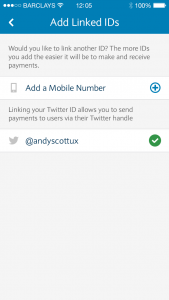 “We are always on the lookout for new and exciting ways to make people’s lives easier and customer feedback plays a big part in how we chose to further develop our apps,” explains Darren Foulds, Director of Barclays Mobile Banking and Pingit.

“Adding the ability to pay people or a small business using just a Twitter handle brings together a social and digital experience to create a new step forward for mobile payments in the UK.”

With 80% of UK Twitter users now accessing the social network through their mobile regularly, the offering gives people a new, fast and safe way to pay without having to always provide either bank details or a phone number.

Launched in 2012, Pingit has now received 3.7 million downloads and over £1 billion has 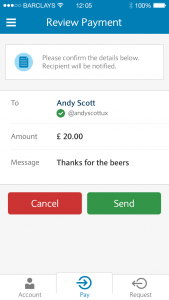 been sent using the app.

This new way of payment will also be available to businesses, providing an added benefit to the 57,000 companies in the UK currently signed up to Barclays Pingit service.