Faced with mounting cost pressures and the increasing popularity of digital channels, many financial institutions are undertaking wholesale re-evaluations of their branch strategy, affecting network size, shape, technology and staffing.

RBR’s latest report shows that banks across the globe are using a combination of different, complimentary solutions to drive forward their branch transformation projects.

At the end of 2014 there were 600,000 branches in the 25 global countries covered in the report. Whilst globally, branch numbers continue to increase, the rate of growth is slowing and in more mature markets such as the USA and western Europe, branch networks are contracting. Many banks are optimising their networks by removing superfluous outlets as part of their new strategies. 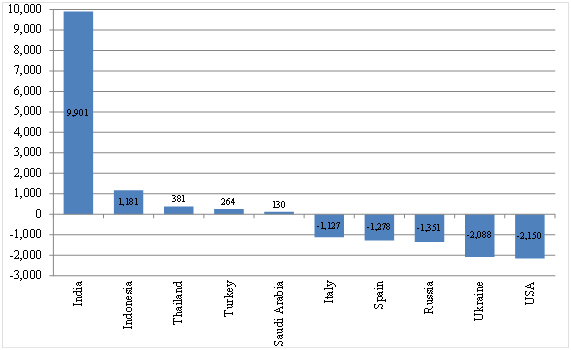 Cashless branches – one of many new strategies adopted by banks

To reduce costs and to reflect evolving customer behaviour, some banks are downsizing the physical size of the branch. Large banks in the USA and Australia have taken this route, opening smaller branches with fewer tellers. A number of banks in Italy, including Gruppo Intesa Sanpaolo and BNL, have adopted a “hub and spoke” strategy, where one large branch, which offers a full range of banking services, is surrounded by a number of smaller outlets providing more limited services.

Recent years have seen some banks move towards cashless outlets (without tellers) or even entirely unmanned branches. Pure self-service branches can be found in France, the Netherlands and Russia, among other markets. In the Netherlands, for example, ING has established a number of in-store “service point” outlets at retailers, offering cash services via cash-recycling ATMs, along with basic non-cash banking services such as account opening.

Teller assist units (TAUs) are viewed by many banks as a vital enabler of branch transformation. The number of TAUs worldwide continues to grow, reaching almost 180,000 at the end of 2014. The USA is the largest market overall, with more than one quarter of the global installed base, followed by Spain, with 20%. US banks are driven to deploy TAUs by the increased efficiencies they provide in the branch, while in Spain, TAUs are one method of complying with strict security legislation pertaining to cash in the branch.

As part of branch transformation projects, banks are bringing in new types of technology alongside existing solutions; one example is assisted self-service terminals which allow customers to perform transactions autonomously, and when needed, receive assistance from a staff member, either in-person or virtually via video link. The two largest rollouts of such terminals are by US banks, JPMorgan Chase and Bank of America, which deploy over 2,000 assisted self-service machines between them. This is one way in which banks can optimise their customer service strategy and re-mould the role of the teller to encompass sales and advisory services. Other new types of technology banks are introducing include queue-management solutions, and interactive and digital signage.

A synthesis of solutions

Banks are utilising an ever-increasing range of new technologies in conjunction with trusted existing solutions to transform their branches. This synthesis of technologies allows banks to best attain their branch objectives, enabling branch processes to be streamlined, the role of the teller to evolve, and customer service to be enhanced, while ultimately saving banks money.

The post Banks deploying diverse mix of technologies to transform their branches and the customer experience appeared first on Payments Cards & Mobile.