Banking on the Balkans: Europe’s last frontier of opportunity? 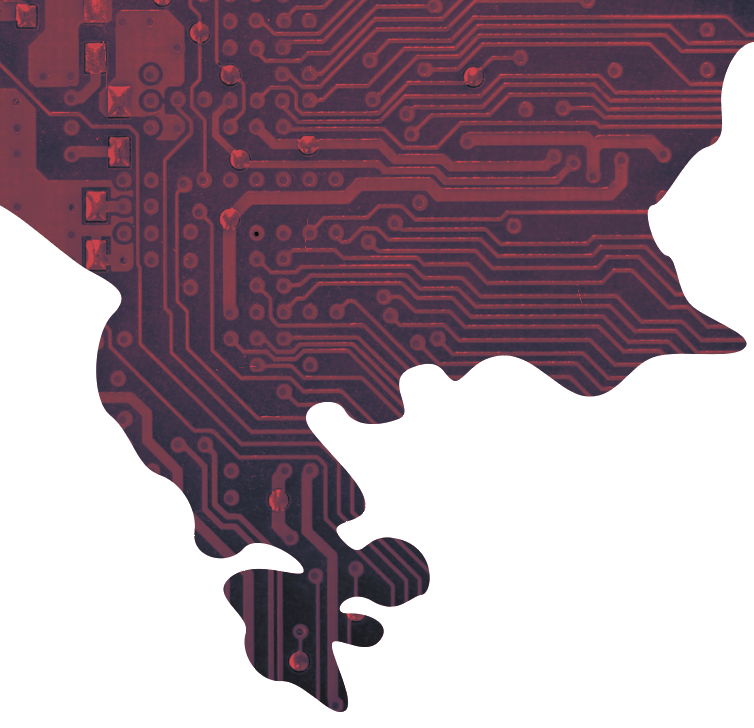 Banking on the Balkans: Europe’s last frontier of opportunity?

Each year, Payments Cards and Mobile runs bespoke research for clients into 43 markets across Europe and Eurasia – the Digital and Card Payments Yearbooks. Using data drawn from these yearbooks, we’re pleased to offer an exclusive overview of South-East Europe’s fastest-growing markets to Payments Cards & Mobile’s readers.

If Western European markets are currently in the thick of a move to account-to-account and digital peer-to-peer payments, then the Balkans still offer the kind of double-digit growth rates in both card numbers and infrastructure last seen in the West twenty years ago. What’s more, that growth comes (in most cases) under the umbrella of the European Union’s comprehensive governance and regulatory structures. One could summarise the situation by noting that the Balkans are really the last major growth markets in Europe – though, as our market-by-market review below demonstrates, there’s significant variation between their stages of development.

It will come as no surprise that Croatia is perhaps the most developed of the Balkan states. Even before the break-up of the former Yugoslavia, Croatia was one its most cosmopolitan areas, and was an early entrant to the EU, as well as making moves to formally adopt the Euro no later than 2025. In payments terms, this sophistication is marked by the country’s 2.41 cards per capita, easily the equal of most Western European states. Payment card use overall was up by 12.32 percent in Q1 2019 compared to a year earlier, with the number of card payments per head of population the second-highest among all Balkans, at 81.55. While still some way below the European average, card use per head grew at 13.4 percent in 2018, a good two to three times faster than in Western Europe.

The Adriatic state’s growth in digital payments is, if anything, even more impressive than its card business – a fact that explains why neobank Revolut opened its doors in Croatia last year. E-commerce payments in Croatia grew by 252.5 percent last year, while the value of online business grew by more than 123 percent. With internet banking penetration at 41 percent of the population and smartphones being used by 64 percent of Croatians, the stage is set for growth across the board – both online, and in physical environments.

With just over two million inhabitants, Slovenia won’t be the country that gets the first customised World Cup or Olympic marketing campaigns from any of the big global brands. Yet proving the adage that it’s how you use it that matters, Slovenia’s payments market is, if anything, more leading-edge than its bigger neighbour, Croatia. Card payments now account for 46.6 percent of all cashless payments, a figure that compares favourably with the European average of 56.2 percent; and with card use growing by 24.5 percent over last year – and transaction values up by more than 21 percent – there’s every sign of growth in traditional card usage. Card payments per head are the highest in the Balkans as well, at 97.9 payments per head of population. The physical payments infrastructure is also developing rapidly, with the Slovenian POS estate increasing by 11.1 percent to reach 35, 279 terminals by Q1 2019.

As with Croatia, rates of growth in Slovenian digital payments far outstrip what’s being seen in the card business. Last year, the number of Slovenians engaging with online transactions grew to 63 percent of the population, and 77 percent of all businesses in the country offer online shopping. These facts help to explain why e-commerce grew two and a half times faster in Slovenia, at 14.1 percent, than the EU average. And online buyers spend more in Slovenia than in the rest of Europe, as well, with the spend per online buyer in Slovenia, at €276, above the average for the whole of Europe.

While the international card networks have been in evidence in Romania for more than twenty years, the country is presently at a somewhat less developed stage than Slovenia or Croatia. In part, this may be a legacy of its long isolation from the international community under the Ceausescu regime. Whatever the case, Romania’s economy remains dominated by cash (97 percent of all transactions are cash) and, while the e-payments market is growing rapidly, there were just 32 card payments per head of population last year – the lowest figure anywhere in Europe apart from Bulgaria.

That said, growth in card payments has been markedly rapid over the past twelve months, with card use up by 40.5 percent and POS use in particular up by 29.55 percent to just under 500 million transactions in total. The fact that 77 percent of cards are contactless-enabled speaks to the ambition of Romania’s payments players, even if there remains plenty of scope for growth.

In the virtual world, the situation is more positive, with business-to-consumer e-commerce up by 30 percent last year to reach €3.6 billion. With 81 percent of Romanians able to access the internet and 48 percent of the population actively using mobile devices for online purchases, Romania is a market that shows every sign of the fabled “leapfrogging”, where digital commerce overtakes and supplants traditional card business before card infrastructure is fully embedded in the economy.

Serbia: out of the box

Although Serbia hopes to complete accession negotiations and join the EU by 2025, its status as a non-member currently puts it under a different – if rapidly converging – regulatory regime compared to the other states reviewed here. With 7.74 million cards, the country currently has a low 1.12 cards per capita. Furthermore, Serbia’s DinaCard network is a significant player in the country’s electronic payments ecosystem, and demonstrates once more that local payment options cannot be ignored by international companies looking to do business in growth markets. Last year, DinaCard accounted for more than 10 percent of all cards in Serbia.

Serbia is clearly at an earlier stage of growth compared to other countries in the region, with just 15 percent of the country signed up for e-banking services, and just over one-third of its population currently actively engaged in e- or m-commerce. On the other hand, its physical payments infrastructure is growing rapidly, with the number of POS terminals up by 21.08 percent last year and ATM numbers having trebled since 2008. With just 24.2 card transactions per head of population, though, there is still clear room for growth in the Serbian payments business.

One area in which Serbia has far outstripped the other Balkans is in the use of e-money. In 2017 and 2018, 13 foreign e-money institutions (EMIs) set up business in Serbia, adding to the lone Serbian EMI that existed prior to 2017.

Bulgaria: coming in from the cold

At the other end of the development spectrum from Croatia and Slovenia lies Bulgaria, the least sophisticated of the Balkan markets in payments terms. Although payment card use is up by 267 percent in the last five years, and 30 percent in the last year alone, it’s still the lowest per capita in Europe, at 21.6 transactions per person per year. Card numbers per head of population are similarly among the lowest in Europe, with just 1.1 cards per head. It will come as no surprise, then, to learn that card payments constitute just 28.6 percent of all cashless transactions, compared to a European average of 54.2 percent. One positive for Bulgaria’s card business is the fact that 95 percent of its terminal infrastructure is enabled for contactless transactions.

Although just seven percent of Bulgarians use e-banking services and 30 percent use mobile banking and payment services, online transaction numbers grew by more than 26 percent and the value of online transactions shot up by more than 41 percent. Despite the entire electronic payments infrastructure being at a low level, it’s interesting to record that Bulgaria’s online business is growing as fast or faster than its physical payments infrastructure. Like Romania, Bulgaria may yet see its economy shift to digital without going through the full development of a physical card infrastructure.

Opportunity on your doorstep

While all the industry chatter is about the opportunities on offer in South America, Africa and, for some time now, South-East Asia, European payments technology companies and card businesses should reflect on the fact that there are five high-growth markets, either currently in the EU or seeking to join soon, on their doorstep. Sharing similar or identical regulatory structures, and with fewer of the challenges associated with culture and distance, the Balkans represent a surprisingly rich growth region, based on research exclusively undertaken for PCM.

To access exclusive data and reports about the Balkans and 38 other markets across the EU, EEA, Russia and the former CIS states, please visit www.paymentyearbooks.com