The Bank of England is set to develop a blueprint for the modernisation of the UK payments system. The document will highlight the changes from a 20-year old real-time gross settlement system to the changing payment habits and the emergence of distributed ledger technology.

In a speech to payment stakeholders, Minouche Shafik, deputy governor for markets and banking, says that as 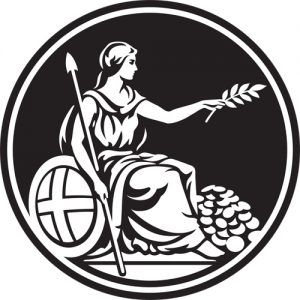 the range of cashless, real-time and mobile payments options continue to increase it is “time to ask fundamental questions about the shape of the Bank’s settlement operations” – according to Finextra.

The current system settles almost a third of the UK’s annual GDP – or about £500bn – every single day, covering everything “from salaries to company invoices, from car purchases to coffee sales, from pensions to investment flows”.

Shafik was put in charge of a reconstituted RTGS board after the UK’s high value payment system Chaps suffered a ten-hour breakdown in October 2014. In a review of the incident, conducted by Deloitte, the root cause was identified as the “introduction of defects as part of functionality changes made to the RTGS system in April 2013 and May 2014”.

In its analysis, Deloitte says that the while the complexity of Chaps has increased over time, the extent and nature of testing has not evolved to match this.

Describing RTGS as the ‘beating heart’ of the UK’s payment system, Shafik acknowledges that the importance of resilience cannot be overstated – “a persistent disruption to people’s ability to make and receive payments would cause great damage to the UK economy” – but also emphasises the importance of future-proofing the system to meet changing demands.

As an example, she points to the emergence of distributed ledger technology (DLT), which enables verification of payments to be decentralised, removing the need for a trusted third party.

“The emergence of various forms of distributed ledger technology…may reshape the mechanisms for making secured payments”, says Shafik. “Instead of settlement occurring across the books of a single central authority (such as a central bank, clearing house or custodian), strong cryptographic and verification algorithms allow everyone in a DLT network to have a copy of the ledger, and give distributed authority for managing and updating that ledger to a much wider group of agents”.

Other technology challenges arise from the arrival of application programming interfaces and machine learning tools, while the demand for real-time retail payments can make it harder to implement effective defences against money laundering, terrorist financing, identity theft or other forms of fraud.

Shafik sets out the four overarching questions which the blueprint for sterling settlement will seek to answer. First, what should the Bank’s policy objectives be in the delivery of sterling settlement in central bank money? Second, what functions should the UK High Value Payments System have? Third, who should be able to access it, and how? And, fourth, what should the role of the Bank of England be in the delivery of that service?

Shafik emphasises that “when we make investment decisions in systems that will last for a decade or more, they need to enable the kinds of changes that users will demand. So we need to make sure that we have ‘optionality’ built in so that we can cope with different states of the world”.