Average cash withdrawals in the UK on the rise

According to newly published research, UK consumers are taking out more cash when they visit ATMs, with the average amount climbing more than £10 to just under £80 in the last two years. 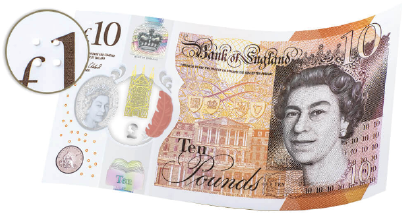 Average cash withdrawals in the UK on the rise

However, they’re using cash machines 40% less than before and withdrawing £44 a month less. Withdrawals are now nearly £100 million less a day than in 2019, according to cash machine network Link.

“Covid has turbocharged the switch to digital,” said Nick Quin, head of financial inclusion at the network.

Before the pandemic, each adult in the UK visited a cash machine on average three times a month, taking out on average £66.99. That amount has climbed to £78.54.

However, 18 months after the coronavirus crisis started, visits are now less than twice a month. That means the total average amount each month withdrawn per person has fallen £44, from £200.97 to £157.08.

The total value of Link ATM withdrawals is currently running at around £1.6 billion a week, compared with around £2.2 billion in 2019.

Meanwhile the amount people can spend on a contactless card rocketed to £100 earlier this month, after climbing to £45 in April 2020.

“Crucially, even though we’re withdrawing almost £100 million less per day, millions still rely on cash, especially in the most deprived areas of the country,” said Quin.

“It is important we continue to protect access to cash across the country.”

The latest Financial Lives survey from the Financial Conduct Authority showed that more than 5 million people rely on cash every day.

Link’s new figures suggest that some wealthier parts of Edinburgh and London have shown a fall in cash machine use by as much as 60%.

But there remains a greater reliance on cash in areas such as Liverpool, Bradford and Birmingham where the fall in ATM usage is considerably smaller.

It has installed more than 70 machines across the country in response to those requests and a further 30 in areas identified as lacking cash access.

The post Average cash withdrawals in the UK on the rise appeared first on Payments Cards & Mobile.