Figures recently released by the Australian Payments Network (AusPayNet), the payments industry self-regulatory body, show the rate of card fraud for the 12 months to 31 December was 72.8 cents per $1,000 of card spending, down from 75.0c per$1,000 in the previous period.

The data also show a decline in the growth of card-not-present (CNP) fraud, which occurs when stolen card details are used to make online or phone transactions. The increase in CNP fraud in 2018 was 2.4%, compared to 13.9% the previous year. At $488 million, CNP fraud accounted for 84.9% of all card fraud in 2018, steady on the previous period.

Growth of 2.3% in all types of card fraud during the year, to $574 million, was significantly outstripped by 5.4% growth in card spending overall, to $789 billion. The improved card fraud figures come as online retailers and payments service providers adjust to a new framework for reducing CNP fraud that took effect on 1 July.

Developed after close consultation with financial institutions, retailers, card schemes and other e-commerce participants, the CNP Fraud Mitigation Framework includes targets for card issuers to reduce CNP fraud and increased use of multi-factor authentication in verifying online transactions. AusPayNet CEO, Andy White, said the latest fraud data were encouraging, showing both a decline in the fraud rate generally and a levelling-off in CNP fraud specifically.

“Reducing the space for CNP fraudsters to operate is an industry priority and the new framework is a major step in further stimulating the uptake of CNP fraud counter-measures across the e-commerce community,” comments White. “People buying goods online may have noticed enhanced steps to have their details verified and they should take confidence from that.”

One small blot on the otherwise good report card was fraud related to lost or stolen cards was up 37% to $55.5 million, accounting for 10% of all card fraud. 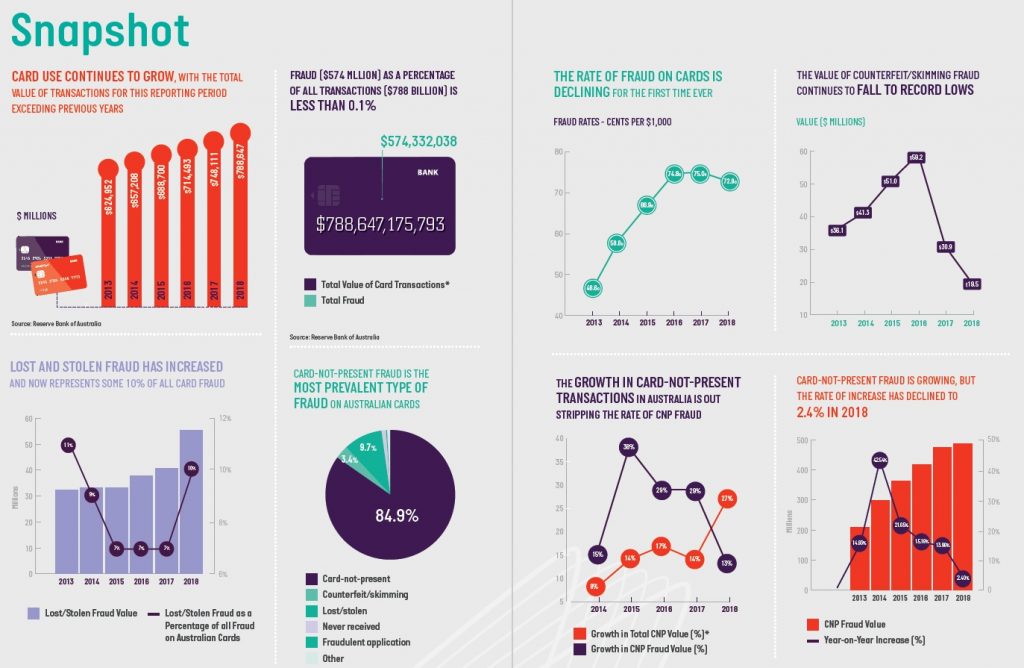