ATM migration to Windows 10 – the time is near!

The banking sector will face a big ATM migration challenge in 2020. Microsoft made the official announcement: Windows 7 (operating system for many ATMs) extended support will end on January 14, 2020. Consequently, all banks have to update their entire ATM network by installing a new operating system caring about data security. 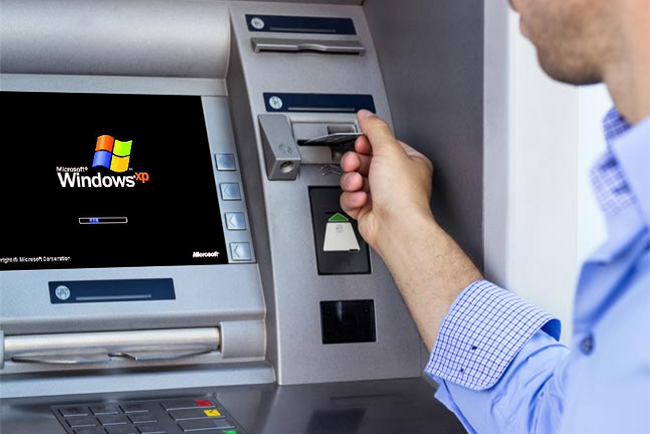 ATM migration to Windows 10 – the time is near!

There are about 3.2 million ATMs in the world. They are used daily by billions of people, but only a few know that most ATMs work on the Windows operating system.

A lot of ATMs around the globe are still running Windows XP embedded, long after Microsoft ceased support with security and stability patches. Support for Windows XP was discontinued in 2014, which means that since then the Microsoft Company has not rolled out any security updates for this Windows version.

In June 2018, The Central Bank of India issued a statement saying that all ATMs in the country should be updated from Windows XP to the newer platform by December 2019. It is estimated that about 50% of ATMs use Windows XP operating system.

It‘s time to get prepared for ATM migration to Windows 10. It is not a secret that many banks have delayed the decison. What is the reason? It seems to be due to extra costs for the bank, but does this need to be consider as expenditure or investment?

Undoubtedly, it must be seen as an investment. Not just an investment into new software, but into ATM network safety. That means investing into the bank’s reputation given what we know about criminal activity surrounding ATMS.

So, why is it beneficial to migrate to Windows 10?

ATMs migration to Windows 10 is a long and complicated process. Financial experts advise not to postpone it to the last minute and not to risk safety and reputation, which can be compromised by using an obsolete unsafe operating system.

The post ATM migration to Windows 10 – the time is near! appeared first on Payments Cards & Mobile.