Apple rumoured to be in talks to launch Venmo alternative – Apple iCash?

Apple is once again rumoured to be building its own money-transfer service to take on the likes of Venmo.

The company has recently held discussions with payments industry partners about introducing its own Venmo competitor, according to multiple sources familiar with the talks. The service would allow iPhone owners to send money digitally to other iPhone owners – according to an article in Recode.

One source familiar with the plans said they expect the company to announce the new service later this year. Another cautioned that an announcement and launch date may not yet be set.

Apple previously held talks with banks about such a service back in 2015 but did not end up launching anything.

If it happens this time, the new Apple product would compete with offerings from big US banks as well as PayPal, its millennial-popular subsidiary Venmo, as well as Square Cash in the increasingly competitive world of digital money-transfers. Chase’s QuickPay service processed $28 billion in transfers last year, while Venmo registered $17.6 billion in volume and is still doubling year over year. 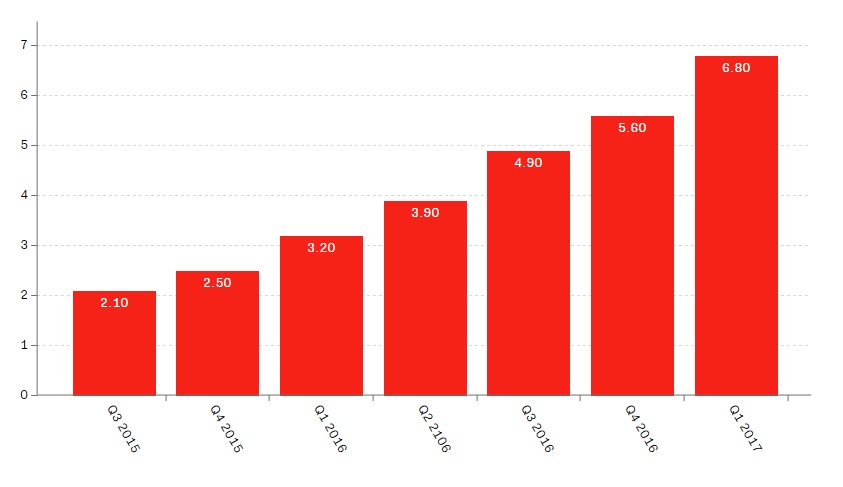 These services have typically been money losers for new entrants in the space, but are seen as the gateway to the next generation of payment and personal finance services that could upend traditional consumer banking relationships. They are used for everything from splitting dinner bills to paying rent.

Apple has also recently held discussions with Visa about creating its own pre-paid cards that would run on the Visa debit network and which would be tied to the new peer-to-peer service, sources say. People would be able to use the Apple cards to spend money sent to them through the new service, without having to wait for it to clear to their bank account.

Users could then add the debit card, which may only come in a digital form, to their Apple Pay digital wallet to use for tap-and-pay purchases at brick-and-mortar stores. The card number could also be used to make purchases on websites and in apps.

The post Apple rumoured to be in talks to launch Venmo alternative – Apple iCash? appeared first on Payments Cards & Mobile.