Apple e-commerce platform based on your credit card balance

Who said payments wasn’t sexy? Just weeks after applying for a new P2P payments patent and the launch of Apple Pay in the UK, it is rumoured that Apple has filed yet another payments related patent. 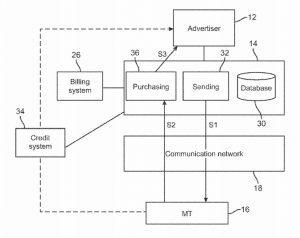 In this patent, Apple proposes a new e-commerce system that uses a mobile phone to deliver targeted ads to users based on what they can actually afford. This new patent comes on the heels of another recent in-development project for creating and tracking ads — and the Apple users who look at them — based on social media content that goes viral – according to Business Insider.

Apple describes its new ad format as having one key improvement over regular mobile advertising:

Broken down simply, the system sits on your phone, tracks the status of your credit or debit cards, sees what the balance on them is, and then targets ads at you based on what you can actually afford. This is a genuinely innovative marketing idea, as ads today are currently targeted at you based on what advertisers would like you to buy — not what you’re actually able to buy. Here is the key language:

Further, the system proposes a billing/payment system for people who respond to the ads, “subsidized or free telephone services to the users” who agree to be targeted with such ads, and a delivery method so users can click to buy and receive goods either digitally on their phones or physically at home. The system even proposes building in a percentage margin so that goods are only advertised if they are within 90% of a consumers’ balance, leaving 10% on the card.