Apple CEO Tim Cook said during the company’s fiscal third-quarter earnings call that the Apple Card will launch in August.The Apple Card, the company’s credit card that was announced at its services event this past spring, will begin accepting applications in August. 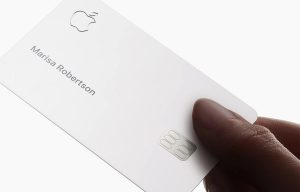 “Thousands of Apple employees are using the Card every day in a beta test and we will begin to roll out the Card in August,” Apple CEO Tim Cook said.

The Apple Card will come in both a digital and a physical, titanium card form. However, the Card won’t use a traditional 16-digit card number, CVV code, or expiration date as a personal identifier. Instead, it will generate those numbers randomly during each transaction to keep purchases secure. The numbers are also generated on-device, with the company promising that Goldman Sachs, the creditor, won’t be able to track and see where you’ve shopped, what you bought, or how much money you spent.

Apple will also offer incentives for cash back rewards, such as 2% back on purchases made with Apple Pay or 3% for Apple store purchases. These aren’t the best rewards out there compared to other credit cards, but it’s a relatively convenient card to get if you already use an iPhone and plan to buy a lot more Apple products.

Apple didn’t say exactly when in August the Card is launching, but expect the update to come soon to your Wallet app when applications open.

Goldman Sachs is providing Apple with the software tools for Card, while Apple will provide the service inside of Apple Wallet app. The card can be used by tapping an iPhone at a payment terminal, or by using a physical card made out of titanium that Apple will also ship.