Amazon has quietly announced that it is withdrawing from the mobile payments scene and has removed its mobile wallet from the various app stores after just six months. 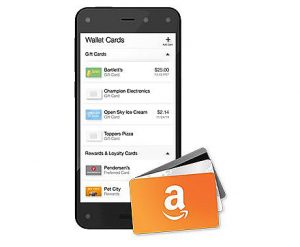 it’s now being eliminated would suggest that Amazon doesn’t think it has the potential to be a long-term project further afield.

Amazon Wallet was first announced around the same time as the Fire Phone – and look how well that turned out. CEO Jeff Bezos obviously had dreams of it becoming the default payments system on Amazon hardware, but those ambitions are now on hold.

Users of Amazon Wallet were informed via email that it would cease to exist. It will disappear from Amazon’s app store but any current gift, loyalty or membership card balance can still be spent. Amazon never got around to adding debit or credit card support, which is quite a hole to leave.

“We have learned a great deal from the introduction of the Wallet and will look for ways to apply these lessons in the future as we continue to innovate on behalf of our customers,” said Amazon spokesman Tom Cook in a statement.