In 2015 the UK online alternative finance sector grew 84%, facilitating £3.2 billion in investments, loans and donations, according to a joint report published today by the Cambridge Centre for Alternative Finance at the University of Cambridge and UK innovation foundation Nesta, in partnership with KPMG and with the support of CME Group Foundation.

This is a significant increase in volume, but growth of the online alternative finance market is slowing 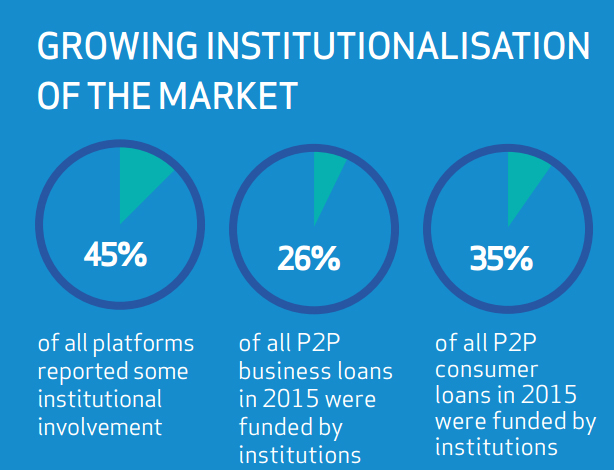 down, with the annual growth in 2014/2015 being nearly half the 161% growth from 2013/14. “Although the absolute year-on-year growth rate is slowing down,” the report said, “the alternative finance industry still recorded substantive expansion across almost all models.”

The report also highlights the rapid expansion of donations-based crowdfunding, the perceived risk of fraud and malpractice by the industry, and 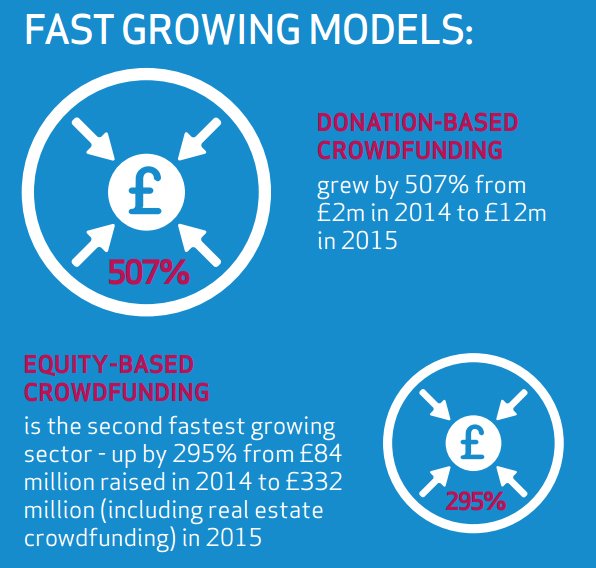 increasing institutionalisation – as around a quarter of P2P (peer-to-peer) loans are now funded by institutional investors, including traditional banks and government through organisations such as the British Business Bank.

Pushing Boundaries – 2015 UK Alternative Finance is the latest in an annual series of reports from the University of Cambridge Judge Business and Nesta, which track the size and development of online alternative finance, such as P2P lending and crowdfunding, in the UK.

Key findings of Pushing Boundaries, a survey of 94 crowdfunding and P2P lending platforms, include:

“The substantive growth of alternative finance in the UK last year is not surprising, given that these new channels of finance are increasingly moving mainstream,” comments Robert Wardrop, Executive Director of Cambridge Centre for Alternative Finance.

“One of the key drivers underpinning this development is the growing institutionalisation of the sector. The Cambridge Centre for Alternative Finance is proud to shed light on this fascinating and dynamic industry, to help inform policymakers, regulators and the general public about how these areas of finance are increasingly becoming part of our everyday economic life.”