Alipay announced its official expansion into the European market, with a particular focus on UK, Germany and France.

With this launch, Alipay simplifies payments for Chinese tourists utilizing western businesses when travelling. In 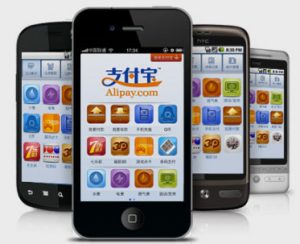 2014, 117 million Chinese tourists travelled abroad spending $165 billion. This is forecasted to reach 234 million tourists by 2020, offering a vast opportunity for European retailers to connect to a new consumer base.

Alipay is currently the largest payment and lifestyle solution provider in China, with 450 million active users, and more than 200 financial institution partners. The company owns more than 50% of the market share in online payment and 80% in mobile.

Its mobile app is widely used for payments in online shops as well as at the point-of-sale in China, which with this expansion it will now offer Chinese consumers in Europe. Consumers utilise Alipay via an app, which is a payment plus lifestyle platform. Users can use Alipay to book hotels, call a taxi, share a restaurant bill, share reviews, and even pay utility bills.

In addition to this, Alipay will be launching a “Local Services Platform” within the app in May which will customise the Alipay app based on the user’s geolocation. Users will be able to see a detailed description and reviews of the shops and restaurants around them, plot a route via a bilingual interactive map, and receive customised location based offers and coupons.

In November, Alipay announced a partnership with Wirecard which allows Chinese users to pay with their smartphone and Alipay app at authorised POS retailers in Europe by using integrated barcode payment functionality from Wirecard, without the hassle of incurring currency exchange fees. Wirecard is a full service provider for merchants, offering POS infrastructure, payment processing and acquiring services.