Alibaba follows PayPal and looks to POS for Alipay growth

Chinese fans of fried chicken will soon have a new way to pay for their food fix after Alibaba’s payments unit Alipay hooked up with KFC, as the country’s ecommerce groups look to diversify through “online-to-offline” deals. 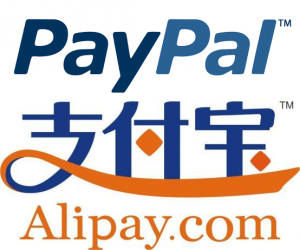 Alibaba follows PayPal and looks to POS for Alipay growth

5,000 restaurants across 900 cities, was followed by search engine Baidu saying it would invest Rmb20bn ($3.2bn) over the next three years in Baidu Nuomi, its Groupon-like marketplace – according to the FT.

Analysts said that the focus on online-to-offline services (O2O) — whereby customers use their smartphones to find, order and pay for goods from food to ride-hailing apps — marks a fundamental shift in the industry, as growth slows in pure online sales.

Ecommerce groups such as Alibaba have chased growth by buying into “combined channel” merchants, which have both an online and offline presence.

Alibaba’s deal with KFC China will be the biggest in a series of partnerships with retailers to allow customers to pay by scanning bar codes using Alipay’s smartphone app.

KFC will be the third major retailer to accept Alipay after Walmart and Carrefour began doing so this year.

Robin Li, Baidu chief executive, wants Baidu Nuomi to become the country’s second most popular business in the category by the end of the year. Meituan, in which Alibaba has a small stake, is the market leader.

“Baidu has more than Rmb50bn in cash on its books. We’re going to take Rmb20bn of that and do Nuomi right,” Mr Li said.

Alibaba and Baidu are also playing catch up in the O2O market with Chinese rival Tencent, the third in China’s triumvirate of online behemoths.

Tencent is the frontrunner in China’s food-delivery market through Dianping, its restaurant review site, and food-ordering app Ele.me.

Analysts have tipped O2O services to become the next major growth area in the country’s internet economy.

Alibaba last week signed a deal with Ant Financial, its payments affiliate with which it owns Alipay in a 50-50 joint venture, to invest nearly $1bn into website Koubei aimed at “capturing opportunities in China’s local services market”.

Will Tao, at the internet consultancy iResearch, said: “It is like the early days of ecommerce in China, with the rollout of Taobao [Alibaba’s eBay-like marketplace website in 2004]. There are a lot of small players getting online.”

However, he said the data are patchy as “most of the players are so small, it’s hard to count them”.

Aside from the potential to tap into enormous growth, another reason many companies are chasing local services is to get customers hooked on to their online payment systems — a lucrative area in which Alibaba has a lead via Alipay, which boasts 50 per cent market share.