ACI has signed a Letter of Commitment in support of the UK Faster Payments Scheme’s New Access Model, to operate as both ‘single tenant’ and ‘multi-tenanted’ aggregator. 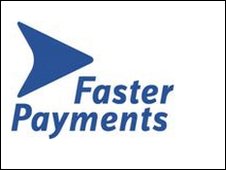 the Faster Payments Scheme, ensuring real-time payments are widely available to UK consumers and that Payments Service Providers (PSPs) are operating on a level playing field.

ACI Worldwide is already taking a leading role with Faster Payments through its experience working with the majority of PSPs currently signed up to the Scheme. The company now intends to offer services and support to new members through the delivery of both single and multi-tenanted aggregator services,” comments Paul Thomalla, SVP global corporate relations and business development, ACI Worldwide.

“The UK has been at the forefront of implementing a real-time payments environment. Many countries across the world are now moving towards setting up their own real-time payments systems, and they are looking to the UK as it prepares to enter the next phase in the on going payments revolution.”

The extension of UK Faster Payments is consistent with a key ambition of the new Payment Systems Regulator to review access to UK payments systems and open it up to all payment services providers. ​​

The Faster Payments Scheme is currently reviewing and re-engineering its Assurance and Accreditation process to streamline the adoption procedures for both aggregators and PSPs by year end 2015. ACI has signed its Letter of Commitment (LoC) stating that it fully intends to support the new model and accreditation process, becoming one of the first accredited aggregators in the Faster Payments space.