A single version of the truth: The transformative power of global card payment acceptance standards

Recent payments conferences have highlighted some pressing issues which, when addressed, have the power to transform the world of card payment acceptance, both across Europe and globally. 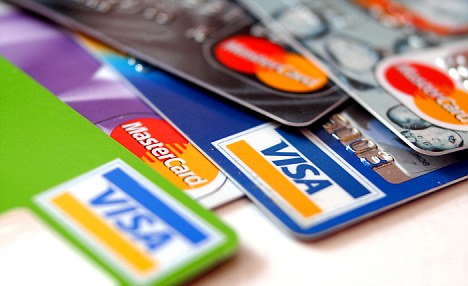 How can they relieve the systems integration pain experienced when establishing a relationship with a new acquiring bank? What steps can they take to deliver a consistent payment experience for customers across different card networks, payment types and ‘points of interaction’ (POI)? Moreover, what can acquirers do to streamline the whole acceptance process and better serve the international ambitions of merchants, today and in the future?

At the root of these issues lies a debate about standardisation and, more specifically, how card payment acceptance standards can be consistently interpreted and uniformly implemented across the global acceptance ecosystem.

Only through the application of a ‘single version of the truth’ can the goal of seamless, fast and borderless interoperability in card payment acceptance be achieved for merchants, acquirers, payment service providers and other payment stakeholders.

I have good news to share: much of this work has already been done.

nexo Standards, an open, global association whose members represent the full spectrum of card payments stakeholders, has already developed messaging protocols and implementation specifications for card payment terminals and other points of interaction that adhere to ISO 20022 standards, are universally applicable and freely available, globally.

The road that has led to this point, however, has not always been easily travelled.

Take ISO 8583, for example. This is a standard that defines a message format and a communication flow enabling different systems to exchange transaction requests and responses. It has been used globally since 1987 but, since the standard has been interpreted variously by different stakeholders, implementations have differed between countries, resulting in a multitude of systems that, despite being ISO 8583 compliant, still can’t talk to one another.

More recently, in a bid to promote greater interoperability and facilitate easy payments acceptance across borders, the card payments domain of ISO 20022 (‘twenty-oh-twenty-two’) has defined ‘a single standardisation approach, including methodology, process and repository’. Again, however, the ISO 20022 standard relies heavily on the actors in the ecosystem agreeing on a universal interpretation, together with a consistent mode of implementation and testing. This has been the goal of nexo Standards since its inception.

Thanks to the open collaboration between ‘acceptors’ (acquiring banks and merchants), processors, international and domestic card schemes, payment service providers and vendors, a growing portfolio of nexo specifications, ‘test specs’ and messaging protocols have been developed that address the changing needs of the card payment acceptance ecosystem. These specs are made by the ecosystem, for the ecosystem and promote simple integration, enable cross border interoperability and facilitate innovation along the entire acceptance chain, from the payment terminal or point of interaction all the way to the acquiring bank and back again.

Since the beginning, nexo has focused on technical development. Today, its portfolio of specifications and messaging protocols that enable all actors to establish a universally interoperable way of exchanging payment data is ready, and is being actively deployed globally, today, by both major retailers and acquiring banks. nexo protocols are already processing millions of transactions every day.

So, my message to the payments ecosystem is clear: the key to facilitating innovation in global card payments acceptance, to enabling fast and borderless interoperability and to resolving integration headaches between acceptance stakeholders is, simply, to ‘think nexo’. The association’s work is commercially neutral, contributes to international standards (ISO 20022) and is already proven through live implementations.

The post A single version of the truth: The transformative power of global card payment acceptance standards appeared first on Payments Cards & Mobile.