Challenger banks were hailed by politicians as the way to break the stranglehold of the UK’s big four high street banks. The challengers have enjoyed rapid growth, helped by benign economic conditions, low interest rates and cheap central bank funding. 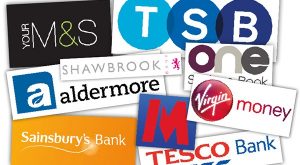 A challenging time for time challenger banks in the UK market

Now they are confronting a tougher climate — as shown by the £1.6bn takeover approach that Virgin Money said it received on Monday night from rival challenger bank CYBG, which owns the Clydesdale and Yorkshire Bank networks.

For both banks the potential deal represents an attractive solution to many of the problems they are confronting – according to the FT. These headwinds include greater competition from their bigger rivals in the mortgage market, rising funding costs and — potentially greatest of all — the disruption of customers doing more of their banking digitally.

“I think we are on the cusp of quite a dramatic change in the UK banking market as over the next five to 10 years digitisation will completely change how people do their banking with almost no need for any physical branches,” said Edward Firth, banks analyst at Keefe, Bruyette & Woods.

“The idea of rebranding Clydesdale and Yorkshire Bank as Virgin is a fantastic opportunity to build a national digital franchise. This will be a genuine competitor to the big four with the opportunity to take significant market share. The strategic logic is clear.”

Bankers have been predicting a pick-up in M&A activity between the small and mid-sized banks. Last year’s £850m private equity takeover of Shawbrook and FirstRand’s £1.1bn purchase of Aldermore put the sector on notice for a return to dealmaking.

CYBG’s offer for Virgin Money has prompted further speculation about the potential for more tie-ups among challenger banks, sending shares of OneSavings Bank and Secure Trust Bank higher. It will also heap further pressure on the continuing technology nightmares at TSB, which would be leapfrogged by a combined CYBG/Virgin Money group as the UK’s sixth-biggest lender by customers.

Investment bankers said TSB would have been a contender to bid for Virgin Money if it was not tied up trying to fix the problems created by its shift to a new system. This has left many customers complaining angrily about being unable to access their accounts online.

CYBG and Virgin Money have had informal discussions for the past couple of weeks on a potential deal, according to two people briefed on the talks. Virgin Group, which owns just under 35% of Virgin Money, has been “looking for an exit” for some time, said another person familiar with the group.