The Kaspersky Lab study ‘Financial Cyber Threats in 2014’ reports that 28.8% of phishing attacks in 2014 were intended to steal financial data from users. While carrying out their scams, cyber criminals have shifted their focus from bank brands to payment systems and online shopping sites. 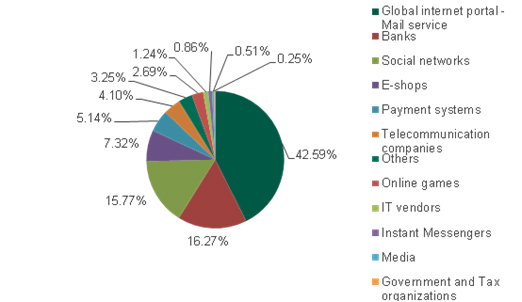 Phishing is a type of Internet fraud that is used by cybercriminals to lure users into providing their data (account logins and passwords and other personal information) by creating fake web pages to imitate popular online resources.

Last year, the proportion of financial phishing to all phishing attacks fell by 2.7 percentage points compared to 2013, primarily due to a decrease in the level of banking phishing. At the same time, there was proportionally more phishing targeting other financial categories. 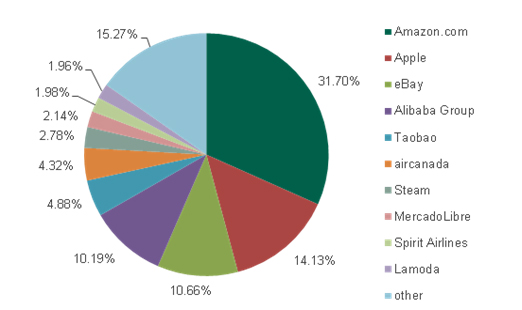 Amazon remains the most commonly-attacked brand in the Online Shopping category – 31.7% of attacks in this category used phishing pages mentioning Amazon. However, this is 29.41 percentage points less than in the previous year.

“The rise in financial phishing that we saw in the past has naturally drawn a response from the brands most frequently abused in phishing scams – they are beginning to tackle phishing distribution channels, especially email spam, more actively,” says Nadezhda Demidova, web content analyst at Kaspersky Lab.

“That leads to a reduction in the levels of phishing that targets some of the larger brands. However, cybercriminals immediately responded by targeting new ‘markets’. For example, in 2014 we saw a large number of phishing scams based on websites that sell plane tickets. These are targets that used to be seen fairly infrequently in phishing scams.”

Kaspersky Lab experts have also recorded an increase in the proportion of financial phishing attacks against Mac OS X users. Overall, about 48.5% of all phishing attacks detected on computers with Kaspersky Lab security products for Mac installed on them were designed to steal financial data. In particular banks were mentioned in 29% of attacks, payment systems in 11.21% and online shopping sites in 8.32% of attacks.

You can find information on other changes in the 2014 financial cyberthreats landscape in the full text of the report on Securelist.com

Modern phishing websites are getting more and more sophisticated, making them very hard for users to recognise. That is why we recommend using an Internet security solution with an advanced anti-phishing technology in place.