2 in 5 Americans use mobile banking monthly

Two in five Americans (39%) use a mobile banking to manage their bank account at least once per month and nearly half of mobile device owners (45%) do so, according to a recent survey by the American Bankers Association. 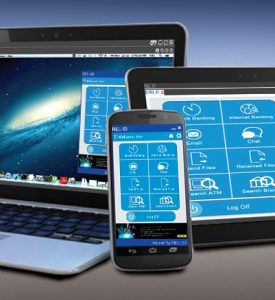 2 in 5 Americans use mobile banking monthly

“Smartphones and tablets have become such an essential part of daily life for many Americans.  Mobile banking is another way that institutions are making it more convenient for their customers to manage their accounts anytime and anywhere.”

The annual survey of 1,000 US adults was conducted for ABA by Ipsos Public Affairs, an independent market research firm, July 8-13, 2015.  This is the second year the question was asked as part of ABA’s annual survey.

When asked “In the past month, how often have you used a mobile device to access and manage your bank accounts?”, consumers provided the following responses:

Feddis noted that these results closely parallel the findings in a March 2015 report by the Federal Reserve, which found that 52% of smartphone owners with a bank account have used mobile banking in the previous 12 months.

“Mobile banking has grown in popularity as availability and consumer awareness have increased,” says Feddis. “We anticipate that more customers are likely to gravitate toward mobile banking as institutions bolster their offerings in areas like mobile payments and geo-location services that can help customers find the nearest ATM and discounts from local merchants nearby.”