Monerium has received a license from the Financial Supervisory Authority of Iceland to issue e-money on blockchains through its subsidiary, Monerium EMI. 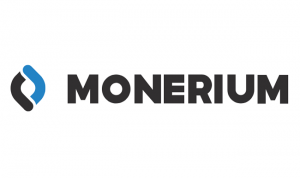 The full license is the world’s first e-money license for blockchains issued under EU e-money regulations. The license is passportable within the European Economic Area, and to external jurisdictions subject to regulatory approval and destination country regulations.

By issuing e-money on blockchains, Monerium removes the need for intermediaries and provides the ability to automate financial transactions in many sectors, including payments, trade finance, securities settlement, and e-commerce.

“Receiving an e-money license is a major milestone towards achieving our goal of making digital currency accessible, secure, and simple to transact,” comments Sveinn Valfells, CEO and co-founder.

“To support our e-money issuance, we have developed a digital banking platform that is compatible with all leading blockchain protocols and extensible to other clients and financial services. Our platform is based on open standards and designed to support decentralized financial applications.”

Monerium is currently entering closed beta with initial customers and partners. The company plans to partner with distributed application developers and blockchain platform providers to make e-money available to consumers and enterprises across borders and protocols.