UK consumers will now be able to spend up to £30 using contactless cards after the limit was increased.

The limit per transaction for contactless cards, which do not require a PIN or a signature 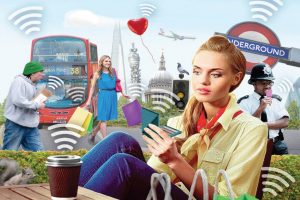 to authorise payment, was previously £20.

The move follows a huge rise in the number of people using contactless cards in the UK.

Transactions for the first half of this year totalled £2.5bn, already higher than the £2.32bn spent in 2014.

The UK Cards Association, the trade body for the card payments industry, said the increase meant that the average supermarket spend of £25 would now be covered.

“The growth in contactless payments shows people want to use contactless cards, and increasing the limit gives customers even more opportunities to pay in this way,” said chief executive Graham Peacop.

Contactless spending has risen from £287 million per month in January to £567 million in June. In total, £2.5 billion was spent on contactless cards and devices in the first half of 2015, compared to £2.32 billion for the whole of 2014.

There are now nearly 70 million contactless cards in the country and just under 260,000 terminals.

“We believe that the new threshold increase to £30 could be the most significant to date, and has the potential to essentially redefine contactless usage. With contactless now accounting for one in 11 in-store Visa transactions, and Britons increasingly embracing the technology, our data shows that the rise could impact as many as 3 million Visa transactions per day in the UK, for a total of over £70 million,” says Kevin Jenkins, MD, UK & Ireland, Visa Europe.

“Supermarkets, clothing stores, department stores and pharmacy chains particularly stand to benefit from the increase, as 12 – 20% of Visa transactions at these retailer types fall into the £20 – 30 category. This is an opportunity to increase convenience, improve service and deliver an enhanced shopping experience for a significant number of their customers.”