UK Competition and Market Authority (CMA) has ruled that the Diebold Nixdorf merger needs a ‘structural remedy’. In order to force the acquisition through, Diebold Nixdorf has agreed to sell its legacy business in the UK in order to meet the regulatory requirements. 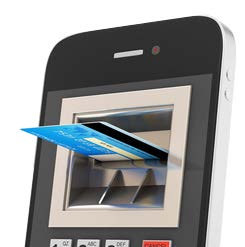 Diebold Nixdorf says it is already in talks with a potential purchaser to sell its legacy Diebold business in the UK. “The company believes it can satisfy the CMA’s requirements and conclude this transaction as soon as practicable.”

In August last year, Diebold completed its acquisition of Wincor Nixdorf after securing approval from shareholders and regulatory authorities around the world.  But, in the UK, the Diebold and Wincor Nixdorf brands and operations continued to remain separate awaiting an approval from the CMA.

Under the terms of the merger, which was announced in November 2015, the combined company was planned to be named as Diebold Nixdorf, with headquarters in North Canton and Paderborn, Germany.