The Bank of Thailand has outlined a preliminary road-map for Project Inthanon, its central bank digital currency (CBDC) initiative. 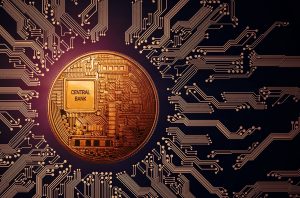 The Bank of Thailand (BoT), the country’s central bank, is partnering eight participating banks in a collaborative project that will use R3’s distributed ledger technology (DLT) platform Corda to build a proof-of-concept prototype that will enable domestic funds transfers within the country’s interbanking system with the issue of CBDC tokens. The collective endeavor to that end is being dubbed as Project Inthanon.

The decentralised money transfer initiative, powered by blockchain technology, is a means to ‘raise the Thai financial sector’s technological readiness’ for adopting new disruptive technologies in a concentrated effort to ‘enhance operational efficiencies’, the central bank said in its announcement.

Project Inthanon was first announced by BoT governor Veerathai Santiprabhob during a financial summit in Singapore earlier in June this year, heralding the project as a “new way of conducting interbank settlement” using CBDCs.

Project Inthanon will be led by the BOT and will see R3 as its technology partner with eight – mostly domestic – participating banks. The CBDC project draws parallels to similar efforts undertaken by BOT’s counterparts in Canada, Hong Kong and Singapore, the Thai central bank added.

‘The outcome and insights from Project Inthanon will contribute to the design of Thailand’s future financial market infrastructure,’ the BoT said, underlining the significance of the project.

Over a year ago, Singapore’s central bank completed Phase 1 of Project Ubin, its own blockchain effort that began with the intent to place “a tokenized form of the Singapore Dollar (SGD) on a distributed ledger platform.’ In June 2017, the Singaporean central bank revealed it had used a private Ethereum blockchain to successfully issue digital tokens of its national currency.

Phase 1 of Project Inthanon will see the BOT and the eight participating banks collaborate to design, develop and test a “proof-of-concept prototype for domestic wholesale funds transfer by using wholesale CBDC”, the central bank said. Core payment functionalities including risk management and means toward liquidity savings will also be tested during the phase, expected to be completed by March 2019.

The BOT confirmed it would subsequently publish a summary of the project, before outlining goals for the next phase of its central bank digital currency token.