Stripe is has announced that it will aim to disrupt traditional POS terminal manufacturers, expanding beyond e-commerce payments with the launch of a new product for POS payments in-store, called Stripe Terminal. 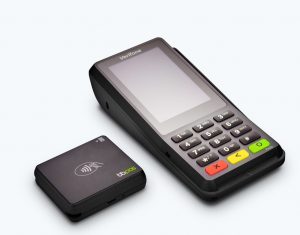 John Collison, Stripe’s co-founder and president discussed the launch at the Code Commerce conference. Interviewer Jason Del Rey brought up Square, which seems like the obvious point of comparison, and Collison acknowledged there will probably be areas where the companies will compete.

However, he argued that Stripe and Square are largely targeting different customers — where Square built a card reader for businesses like coffee shops and restaurants, Stripe is aimed at more tech-savvy businesses. Its initial Terminal customers include Warby Parker and Glossier, and it’s also being used by software platforms like Mindbody, Zenoti, AtVenu and Universe.

As Collison put it, Stripe is built for companies “who will geek out about APIs with us.” And that applies to Terminal as well, which Collison said is specifically built for online businesses that are moving into brick-and-mortar stores. The goal here is to help them unify their online and offline customer data and experiences.