This means that SEQR users can send and receive money, worldwide, in real time. Under the terms 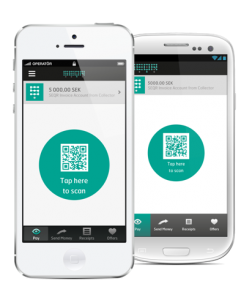 of the authorization, SEQR can also be used by minors. Money received can be accessed instantly to make payments anywhere in the world where NFC (contactless) payments are accepted. This service will be available to all SEQR users after the launch.

“Authorization to issue electronic money is strategically important since it further broadens SEQR’s sphere of application and user audiences,” says Peter Fredell, CEO of Seamless. “This authorization allows SEQR users to send each other money in real time, independent of banks and regardless of where they are in the world. One example of how it can be used is that parents can transfer funds to their children’s phones, money that can then be used to make instant purchases in stores all over the world.”

“The option of depositing money into a SEQR account in real time coupled with the rapid, global expansion of NFC technology means that SEQR will become an alternative means of payment wherever the user is.”

In practice, the authorization means that an account is linked to every SEQR user that can be used immediately when the service is launched.

Seamless will be able to offer electronic money-related services within the entire EU/EEA region under the terms of the authorization. The company has notified Finansinspektionen that operations involving the transfer of e-money will begin in all twelve European countries where the company currently offers its payment solutions.