Report: The global rise of digital goods and services

Fiserv has released a new study, “The Global Rise of Digital Goods and Services,” which finds that nearly three quarters (74%) of online purchases worldwide are for digital goods and services.

Digital goods and services — which include any non-physical item or service purchased online — represent a crucial element of the e-commerce market. With an estimated three times the purchase rate of traditional physical goods, online retailers need to be prepared to deliver positive purchase experience at scale.

To do so, they must truly understand their customers’ needs, which vary drastically by region and demographic. If they are unable able to support those varied needs, online retailers risk losing customers to a vast global ecosystem of competitors, and can miss out on the fastest growing segment in online retail.

Forrester conducted the online survey of 6,115 online adults ages 18+ in 15 countries to explore this topic. 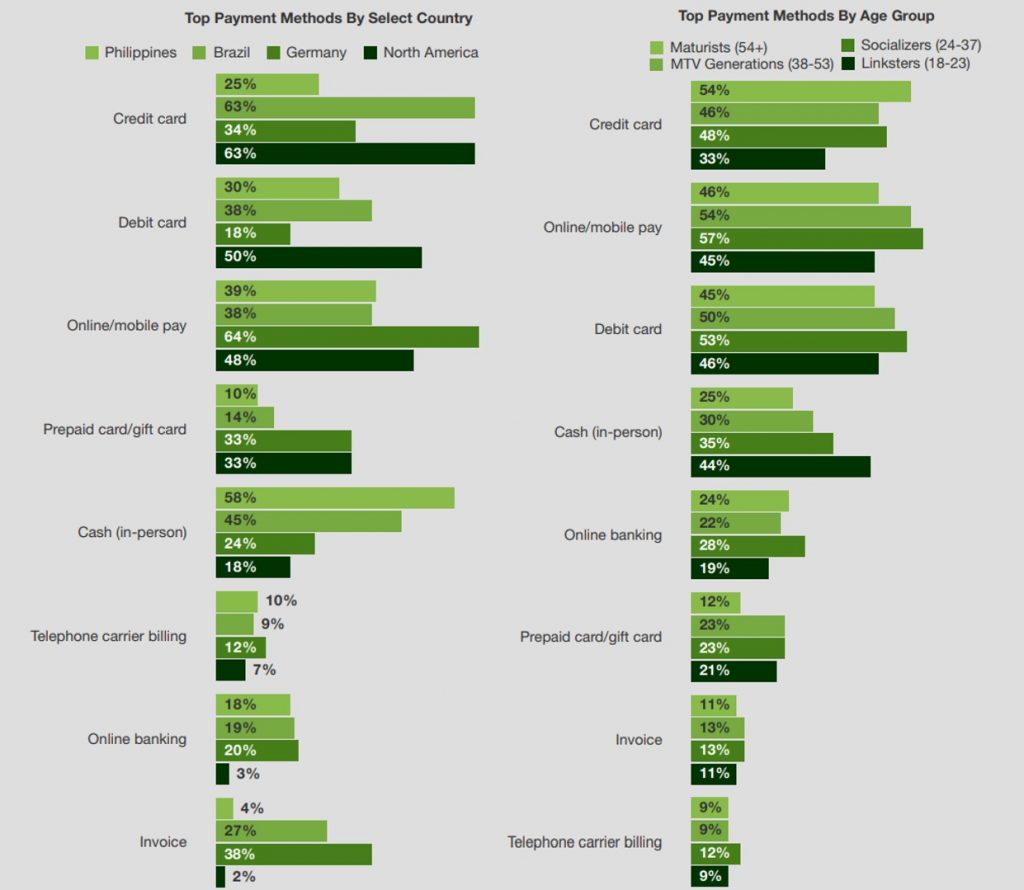 Ridesharing is the most commonly purchased on-demand service, although with a high degree of variation by country. Malaysia led all countries in the average number of times consumers utilised ridesharing services (13.17) over the last 12 months, while North America neared six (5.98). Ridesharing is most commonly used by Socialisers (11.8 times per year), who use ridesharing nearly twice as often as Linksters (7.3) and the MTV Generation (6.4), and over three times as often as Maturists (3.6).

Restaurant delivery is the second most popular on-demand service, and despite the growing convergence with ridesharing services, the regional and demographic trends do not mirror those of ridesharing. Brazil led all countries in the average number of times consumers utilised restaurant delivery services (10.2) over the last 12 months, while Malaysia ranked sixth (8.26) and North America came in tenth (4.73). The MTV Generation used restaurant delivery more frequently than ridesharing in the previous year, and the inverse is true for Linksters.

While the gaming category, which includes the purchase of mobile, console and computer-based games and in-game content, traditionally has and continues to skew young, it is still a thriving market among all age groups. This is thanks in part to new advancements in mobile, streaming, payment and artificial intelligence (AI) technologies.

In the past 12 months, Socialisers led in gaming purchases, with 51% having made a purchase, with Linksters coming in second (45%), followed by the MTV Generation (36%) and Maturists (13%). Regionally, consumers in Argentina, Germany, and Brazil made the most gaming purchases over the last 12 months, whereas consumers in Poland, Scandinavia, and the U.K. purchased the least frequently.