Report: The future of payments – Cash survives … for now

When people discuss the future of payments they tend to predict the end of cash. Not only do we think cash will be around for a long time, we see the transition to digital payments as having the potential to do no less than rebalance global economic power.

Theses are the views of Deutsche Bank in the first in a series of three reports that examine the past, present, and future of the payments industry. In it they analyse the unexpected results of their proprietary survey of 3,600 customers across the US, UK, China, Germany, France and Italy and forecast trends in cash, online, mobile, crypto, and blockchain.

The implications for customers and business are important; the potential macro and geopolitical consequences are profound. Over centuries, people have developed a deep-rooted trust in paper and coins during uncertain times. Today is no different. For example, the trade war between the US and China has led notable investors to increase their cash holdings. 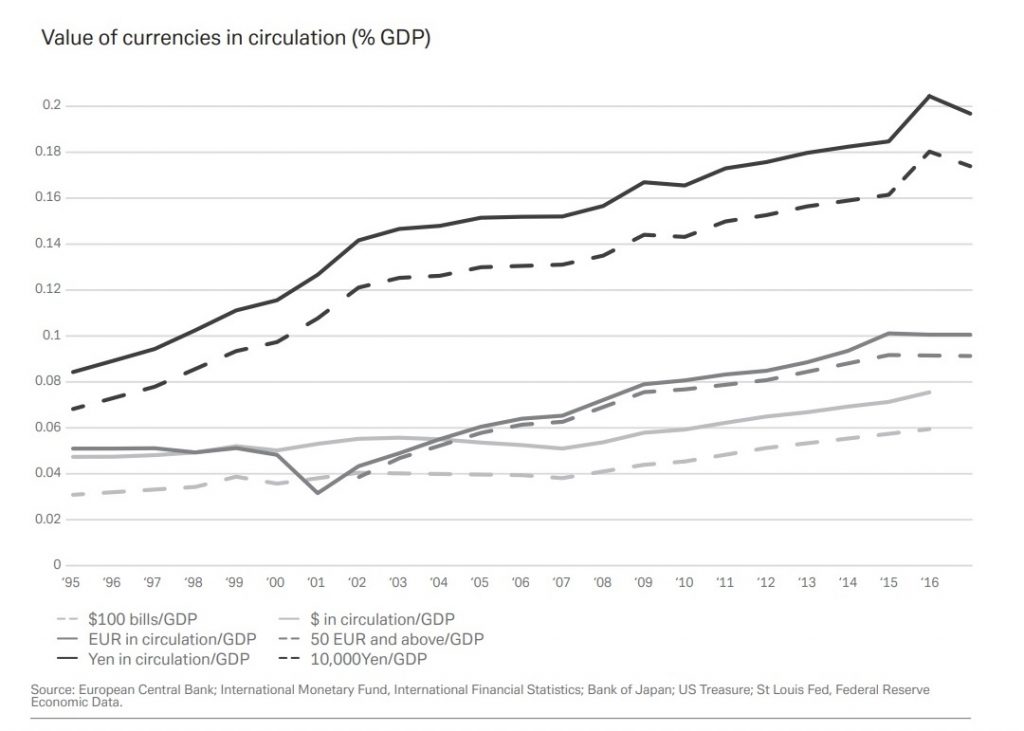 The survey shows that people also like cash because it allows them to more easily track their spending. While Deutsche Bank believe cash will stay, the coming decade will see digital payments grow at light speed, leading to the extinction of the plastic card. Over the next five years, they expect mobile payments to comprise two-fifths of in-store purchases in the US, quadruple the current level. 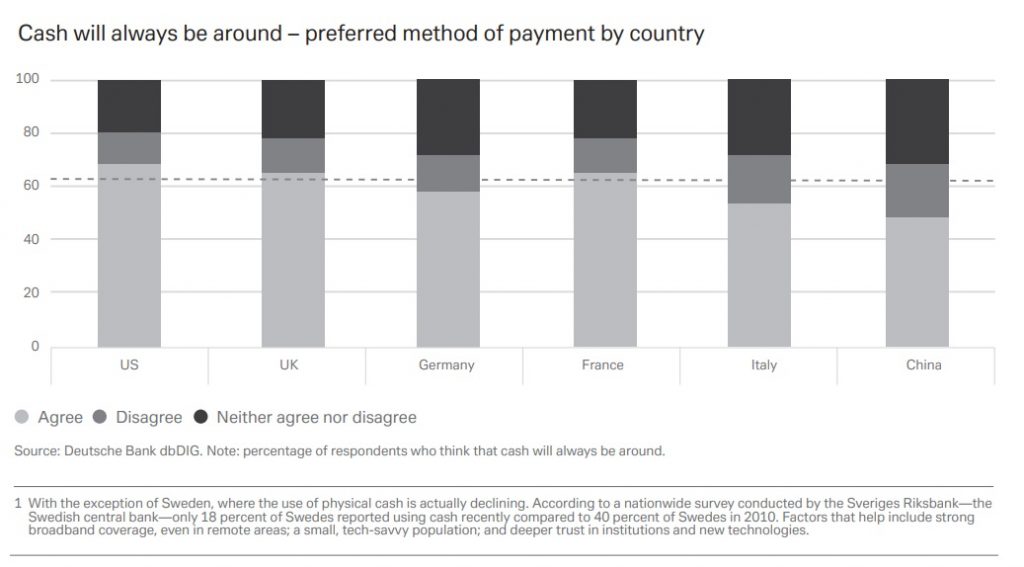 Similar growth is expected in other developed countries, however, different countries will see different levels of shrinkage in cash and plastic cards. In emerging markets, the effect could arrive even sooner.

Many customers in these countries are transitioning directly from cash to mobile payments without ever owning a plastic card. Digitalisation will give businesses extra incentive to smooth the payments transition.

For starters, when customers are comfortable with a payment technology, they tend to think less about how much they spend. Furthermore, as the data gleaned from payments becomes increasingly valuable, payment fees will approach zero.

Business-to-business transactions will also benefit. Currently, corporates wait almost 70 days for payment from business customers. The number one reason for this is inefficient internal processes which lead to payment delays, something digitalisation can fix.

One can deduce much about the future of payments from developments in China where the country is developing world-leading digital payments infrastructure. There, the value of online payments is equivalent to three-quarters of GDP, almost double the proportion in 2012.

Today, just under half of in-store purchases in China are made via a digital wallet, way above the levels in developed markets. As China (and India) develop electronic, crypto, and peer-to-peer strategies, the epicentre of global economic power could shift.

China is working on a digital currency backed by its central bank that could be used as a soft- or hard-power tool. In fact, if companies doing business in China are forced to adopt a digital yuan, it will certainly erode the dollar’s primacy in the global financial market.

Many are sceptical about digital currencies citing the large energy needs and point out that currencies such as bitcoin and Facebook’s libra have encountered significant regulatory hurdles. Yet, if the growth in blockchain wallet users continues to mirror that of internet users, then by the end of the decade, they will number 200 million, quadruple the current level.

This will be encouraged by governments, banks, corporates, and payment providers who all stand to benefit from the digitalisation of payments. And when countries and companies eventually look back at the way they transitioned to digital payments, it may become very apparent how they achieved their standing in the world economy.