PCM Feature: Acquiring and processing – the next wave

A range of pressures are bearing down on acquiring and processing businesses, including the emergence of new technologies such as faster payments and blockchain solutions – not to mention increasing customer and consumer expectations, and competition from ‘big tech’. PCM Editor James Wood considers these challenges and the innovations being launched in response. 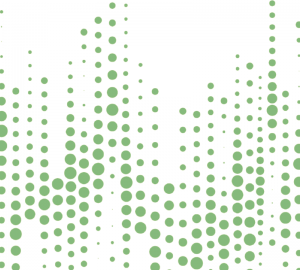 Most commentators recognise payments as an industry full of opportunity, with the total market value of the sector set to hit $110 trillion in the next ten years. New payments methods such as mobile, wearable, voice and others are making their presence felt, while consumer expectations of seamless, fully-integrated, “omnichannel” payments grow every year.

From an acquiring and processing perspective, however, these positive developments come at a price: customer expectations of flawless product integrations at ever-lower cost continue to rise. And these demands arrive on top of increasing regulatory requirements for more and better Know Your Customer (KYC) and Anti-Money Laundering (AML) checks that can handle multi-method, multi-currency, international transactions, identifying potential criminal elements quickly and effectively.

Acceptable in the Naughties

Looking back to 2009, processing platforms could offer competence in e-commerce, physical POS and mail order and telephone order (MOTO) transactions and earn a respectable margin on these services, coupling them with anti-fraud measures linked to security features offered by card issuers and networks. Debit and Credit Cards, alongside cash, ruled the payments business on-line and off-line, while Bitcoin was still in its cradle and DLT sounded more like a sandwich order than a revolutionary technology.

Fast forward a decade, and the landscape has changed so much it’s barely recognisable. So much so that bespoke processor Payarc predicts mobile payments will outstrip cards at point of sale in the US by 2020, with $503 billion of payments by mobile in that country. By the end of 2020, there will also be more than 15 million mobile-enabled POS devices in the US, according to Business Insider.

Open banking and the EU’s PSD2 Directive are among the biggest changes to hit the financial services industry in recent years. Since the UK introduced its Open Banking framework and associated legislation on 1 January 2018, there have been 88 applications from third-party providers such as mobile phone and utilities companies to provide financial services products, with 13 schemes from these providers now in operation.

Whilst Open Banking offers the prospect of increased competition among banks and insurance companies, it creates challenges for processors, who now have to contend with the prospect of authenticating transactions routed through both a bank and a third-party provider that shares a user interface with that bank – such as a mobile phone company offering life insurance through a bank’s customer website.

At the same time, companies like China’s GeoSwift and WorldFirst in the UK are providing corporates and high-net worth individuals with bespoke services that, once again, sit outside the confines of traditional banking. As Darren Hutchinson, Head of Commercial for WorldFirst in the Americas puts it, “We bypass the complexities and bureaucracy, and offer a faster and cheaper version of international banking.”

As with Open Banking in the UK, though, the presence of these providers further complicates the picture when it comes to acquiring and processing, with more parties involved in the mix. Finally, processing firms must keep a watchful eye on the continued rise of blockchain, which has seen bank investment rise by 85 percent in the last three years, and which promises to revolutionise back and middle office systems in banks.

Again, the pressure falls on acquiring and processing firms to ensure their systems are fully interoperable and up-to-date with these new technologies.

Show Me the Money

Industry trends and challenges aside, today’s acquiring and processing specialist can find it a struggle to achieve profitability. As Rob Clark, Managing Director of Acquired Payments, a leading payments gateway with a specialism in consumer finance, puts it: “The past few years have seen a low-margin race to the bottom for acquirers, with increasing regulation and an endless tsunami of technological disruption leading the acquiring sector into the unknown.”

Clark is not alone in this view: Deloitte’s 2019 InFocus brief on processing predicts we will see the “trends-driven commoditisation of products, increasing collaboration with new fintech firms, and some consolidation among firms to achieve scale and margins” in the next few years. In this context, commoditisation means merchants expecting seamless integrations as standard practice; banks expecting rich data and accurate, rapid flagging and handling of potential fraud – all while consumers expect faster, easier payments as standard practice.

Faced with these pressures, how is the sector responding? Simon Wilson, Global Sales Director at Icon Solutions, which provides banks with the technology to access multiple payment rails, says the future of processing is all about providing “the right product in the right channel”, especially when it comes to the digital environment.

Whilst recognising that niche digital-only players appear to be well-placed when it comes to that task, Wilson notes that today’s leading processing firms have a few distinct advantages. Firstly, they know their market and already have relationships with approximately 90 percent of the merchants and issuers out there; secondly, the larger firms are well-accustomed to dealing with high levels of regulation – something which FinTech challengers and digital-only processors are only recently coming to terms with.

Against this, established processing firms are struggling to come to grips with the challenge of modernising their systems to meet the demands of an emerging Open Banking and blockchain-based environment. For Wilson, one possible outcome is the development of partnerships between fintechs and established processing firms, where larger firms buy in “white label” technologies to help them deal with specific challenges related to the rapidly-evolving business environment.

Other companies like Acquired Payments and BlueSnap adopt a different approach, one which centres around maximising the flexibility and quality of their service offering. Acquired’s Rob Clark says, “the more agile and tech-savvy acquiring firms are adopting the strategy of focusing on specific sectors, creating bespoke products and focusing on service and adding value.” While acknowledging the pressures on the acquiring and processing sector, Clark maintains that, “the opportunities are greater than ever before – and the merchant is at the centre of the picture. Those acquirers able to get flexible technologies embedded rapidly with merchants, and deliver valuable data that improves their customer’s bottom line, will win the day.”

Merchants are clearly the industry’s focus in this turbulent period. As processing becomes more of a commodity, the companies that can deliver seamless integrations, outstanding execution and rich data sets for every transaction hold an edge over their rivals. Indeed, the last six months have seen a number of innovative developments for merchants right along the value chain, from US banks teaming up with card companies and geo-location services to offer merchants deeper customer data, right through to innovations on the POS terminal itself.

German company AEVI recently launched a new product called AppFlow which promises to make the introduction of new features on smart POS devices faster and easier for developers. By making the different features on a POS device independently interoperable with each other, AppFlow removes the requirement to reconfigure POS devices every time a new feature is introduced, and makes it possible for merchants to combine loyalty programmes and communication with the acquirer in any order they choose on the device.

This relieves merchants of the fear that any change to the core POS solution could “break” other SmartPOS apps, and ensures developers don’t have to continually rework their integrations. It also allows merchants to switch between App providers more easily.

Nicky Koopman, Vice President Content & Value Added Services at AEVI, says that merchants are also facing a rapidly-changing landscape: “The point of sale is rapidly transforming into a point of interaction where payment becomes an integrated feature of the consumer’s journey in the new world of smart apps and devices.”

How far the industry will continue to use POS terminals as we know them today remains the great unknown, however, with data from Eurostat revealing that 54 percent of Swedes prefer to pay on-line, even when goods and services are being browsed or purchased in physical environments, with markets such as the UK and Germany not far behind.

Furthermore, with tech giants such Facebook, Apple, Google and Microsoft known to be extending the reach of their payment services into new environments such as remittances, P2P and messaging services, one wonders how long it will be before they formally enter the payment gateway/processing platform space.

Solid evidence of this development came last September, when IBM launched its cross-border payments platform based on blockchain. Claiming faster processing speeds, lower costs for all involved, the elimination of inefficient multi-party processing and better data granularity, IBM says its new system could replace the payments environment we’ve known for the last fifty years – though significant challenges remain with blockchain implementations (see “Out of the Blocks?” feature, page 12).

The picture emerging for today’s acquiring and processing firms is one of seismic change and serious competition – not just from peers, but from tech giants with deep pockets and powerful capacities for innovation. In the medium term, it looks like the future belongs to specialist firms able to provide a level of client service and bespoke data packages which tech giants cannot match.

Looking out five to ten years, the picture is less certain, however trend data supports a continued emphasis on digital transactions, and on some kind of role for blockchain. It’s also likely that a disruptive technology could completely change acquiring and processing as we know them today.

The post PCM Feature: Acquiring and processing – the next wave appeared first on Payments Cards & Mobile.