PBOC extends CBDC pilot to include contactless and NFC wearables

The People’s Bank of China (PBOC) is reported to be extending its central bank digital currency (CBDC) pilot include a contactless wallet and NFC wearables to enable users to make in-store and transit fare transactions with the digital Yuan. 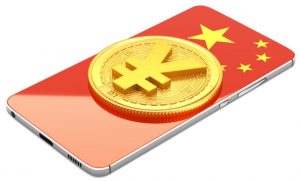 PBOC extends CBDC pilot to include contactless and NFC wearables

The pilots follow the PBOC’s latest “red envelope” lottery launch in Shenzhen, offering 200 digital Yuan up for grabs, which is about $31, to 100,000 residents. Winners can use the digital Yuan to make in-store payments at over 10,000 crypto merchants across the city of Shenzhen.

The lottery in Shenzhen is the third PBOC CBDC giveaway the city has seen with almost 2 million city residents applying to receive a digital wallet holding 200 digital Yuan on their mobile devices.

The “digital RMB red packets can be consumed at no threshold at more than 10,000 designated merchants that have completed the digital RMB system transformation in Shenzhen,” the municipality states.

The second giveaway happened in December 2020 in the city of Suzhou. Residents of the city who participated were able to make in-store QR code and touch-and-pay purchases on their mobile phones with the digital Yuan, and also make online purchases from the JD.com virtual mall.

A particular number of players were also selected to try out an offline wallet experience and make dual offline payments when their mobile device had no internet. The pilot also included an NFC p2p payment option.

The digital Yuan wallet corresponds to a conventional smart card and permits users to store and make contactless NFC transactions with the digital currency without the use of a digital wallet on their mobile phones. A small screen embedded in the card allows the user to view their card balance and payment history.

According to a report, the device is being tested at Tongren Hospital in Shanghai and has been wired to enable individuals who find it difficult to use smart terminals to use digital renminbi in payment scenarios.

“This pilot is the first time to realise a hard wallet payment model that is separated from mobile phones after mobile phone scanning and touch payment in Shenzhen and Suzhou,” said the report.

The PBOC is also exploring the prospect of using a variety of contactless wearables to make payments with the digital Yaun in Beijing, in preparation for a wider pilot in the Chinese capital during the 2022 Winter Olympics.

“The test devices were launched on the Beijing Metro, where invited experiencers such as [figure skating champion] Shen Xue opened a digital RMB wallet after downloading the digital RMB application at the Bank of China Daxing Terminal Branch and recharged, and then successfully purchased a subway ticket on the subway internet ticket recharge machine.