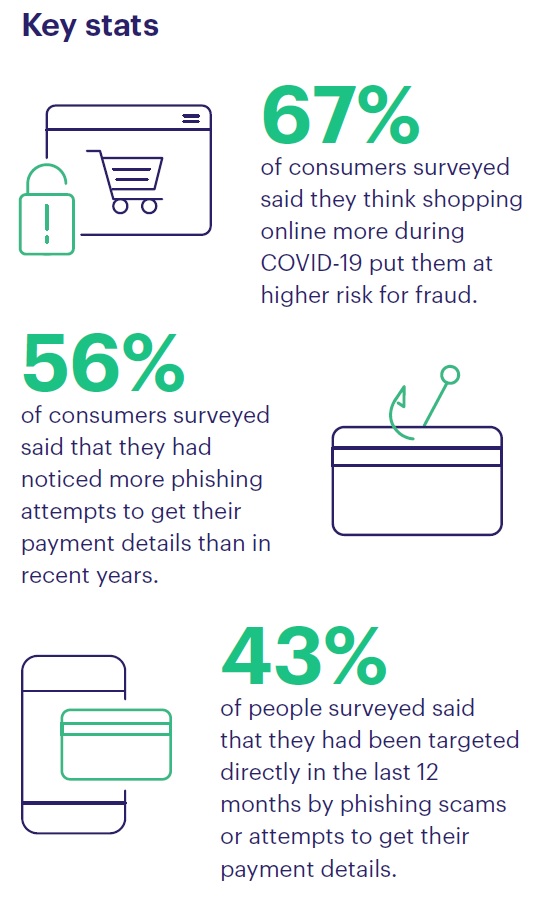 For the 2021 Fraud Report, Marqeta surveyed 2,000 consumers across the US and United Kingdom about their experiences and attitudes toward payment fraud and how they felt about the threat of fraud in the aftermath of COVID-19.

The survey shows how consumers have responded to fraud risk one year after the pandemic saw a massive acceleration of digital payment use. The results show that worry about fraud has risen to extreme levels and consumers feel their increasingly digital lives are putting them more at risk.

With 4-out-of-5 people surveyed saying they increased the amount they shop online during COVID-19, consumers feel more susceptible to fraud:

The survey reveals that consumer nerves are high with good reason, given that fraud is a serious threat in today’s digital economy. A quarter of all people surveyed said they have been victims of fraud within the last 12 months, an increase of 25% compared with the 2020 Fraud Report.

When digging into how consumers were most affected by fraud, the survey also saw an increase in reported cases of various types of fraud, compared with the 2020 Fraud Survey.


“Our new survey shows that the global growth in online payments during COVID-19 has directly impacted the level of consumer anxiety around fraud. Consumers are getting hit more often, with 25% more people falling victim within the last 12 months than the year prior,” says Vidya Peters, Chief Marketing Officer at Marqeta.

“The population feels more exposed now than before COVID-19, in turn making consumers more hesitant to try new payments technologies. It’s forcing financial services to step up both the fraud services they offer and how they communicate them to their customers.”

The survey showed one age group in particular – consumers aged 18-34 years old – was impacted by fraudsters at exponentially higher rates: 69% of respondents in this age group who reported having been victims of fraud said they were affected within the last 12 months, compared to 48% of total respondents, making them 40% more likely to be impacted by fraud in the last 12 months.

Almost two thirds of those (64%) said they were victims for the first time in the last 12 months, compared to 48% of total respondents.

“The pandemic has put a magnifying glass on payment fraud and how we can better protect ourselves against it,” continues Peters.

“Consumers are still unaware of the best tactics and are significantly more vulnerable now that our lives are primarily online. With anxiety soaring, there’s an opportunity for banks and payments innovators to ease tensions with stronger fraud prevention controls, including those provided by modern card issuing platforms today.”