According to new research Europe`s share of global cross-border online retail sales is predicted to amount to 25% by 2025. 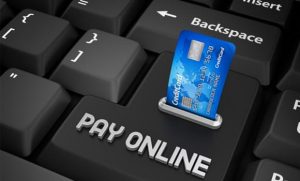 differs from country to country within Europe. Among the largest markets, Italy, Spain, Russia and the UK led in penetration of online shoppers making cross-border purchases at least once a year, as of early 2015, according to the ‘Europe Cross-Border B2C E-Commerce 2015’ report issued by the market research company yStats.

Of all the countries in the EU, small markets such as Cyprus, Malta and Luxembourg boasted the highest cross-border online shopper penetration in 2014. Generally, the share of online shoppers in the EU buying online from other EU member states was higher than the share of those buying from the rest of the world.

The largest B2C ecommerce markets in Western Europe, the UK and Germany, are attractive destinations for cross-border online shoppers around the world. More than a quarter of all orders dispatched from online merchants in the UK were shipped internationally in June – August, 2015, and in Germany over half of online merchants were selling to more than one country internationally. Italy and Spain saw their cross-border ecommerce exports increase as well, though they were still outweighed by imports.

In Eastern Europe, cross-border online retail sales to Russia more than doubled in 2014. Chinese ecommerce marketplace AliExpress significantly gained in popularity among Russian online shoppers and another China-based player, JD.com launched a Russian-language version of its website to gain a share of tens of millions of online orders shipped from China to Russia every year. In Poland, as well, AliExpress ranked in the top 3 overseas ecommerce websites used by online shoppers, behind eBay and Amazon. Overall, the cross-border ecommerce trend is expected to persist in all European sub-regions in the near future.