Octopus, the Hong Kong equivalent of the Oyster card in the UK says the legal limit on the amount of money that can be stored on Octopus cards will rise threefold to HK$3,000 ($390) per card when the company running the payment system renews its licence in November. 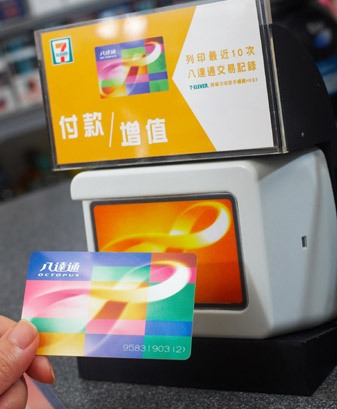 Economists said a rise in the stored value limit would make the cards more user friendly and threaten the use of credit cards in smaller transactions. Such a move could significantly reshape the electronic payment market in Hong Kong and people’s shopping patterns. Each Hongkonger currently holds an average of almost four Octopus cards.

The cards, which are widely used to pay fares on public transport, shop at supermarkets or convenience stores and pay at car parks, are governed by a regulatory regime, a revision of which will take effect in November.

Octopus Holdings, which has been operating the system for 19 years and issued 30 million cards, is currently calling on about 2 million holders of first-generation cards to turn them in for free upgrades.

First-generation cards will still function despite the push for renewals, though they will not support some functions on the Octopus smartphone app.

So far only 80,000 cards, or 4% of the old cards, have been replaced since the initiative began last summer. “If you hear a double beep during payment, it is a reminder you need to renew your Octopus,” Cheung said.

Bank of Communications chief economist Law Ka-chung said competition for smaller transactions and online payments would heat up upon implementation of a new deposit limit on the cards.

“The increase will threaten business in traditional payment methods, ” he said. “Octopus cards require the least time to pay.”

In online shopping, Octopus cards also charge smaller processing fees for transactions than credit cards. Taobao, a mainland shopping platform which accounts for roughly half of the e-commerce market in Hong Kong, charges only 1.5% on transactions compared with 3% for credit cards.