Microsoft has updated its Wallet page, saying that the Microsoft Wallet app will be retired on February 28, 2019. Microsoft Wallet allowed users to load up payments and loyalty cards, but beginning in June 2016, contactless support was added. 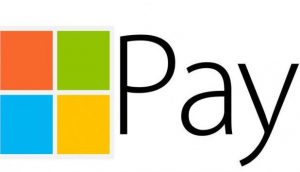 Microsoft Wallet was the official tap-to-pay method for Windows Phones, similar to Apple Pay and Google Pay on iPhones and Android devices.

However, the feature never really went anywhere. Supported devices included the Microsoft Lumia 650, 950, and 950 XL, and that list has not changed, despite new, higher-end handsets coming to market after that. Chase was on the list of banks that were “coming soon” from day one, and as of today, that status has not changed.

As Microsoft continues to wind down Windows 10 Mobile, it’s likely we’ll see end dates applied to more official services and apps. Windows 10 Mobile itself will be retired on December 10, 2019.

After that date, devices will no longer receive security updates and bug fixes. Automatic and manual backups of apps and settings, along with automatic photo uploads will remain available through March 10, 2020, but aren’t guaranteed to work after that date.