Mastercard announces it will allow cryptocurrencies on its network

Hot on the heels of Visa and its recent announcement, Mastercard says it will begin allowing cardholders to transact in certain cryptocurrencies on its network, the latest company to embrace digital assets. 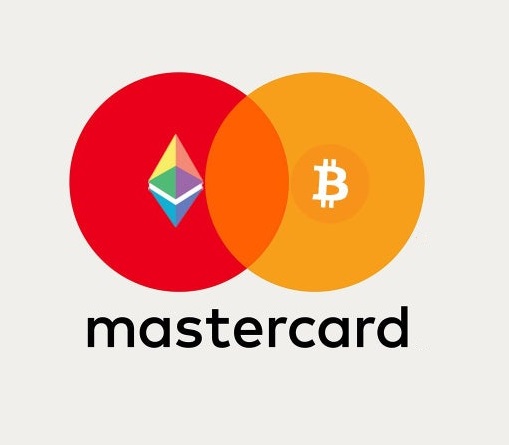 Mastercard announces it will allow cryptocurrencies on its network

Mastercard also says it is “actively engaging” with central banks around the world on their plans to launch new central bank digital currencies (CBDC), according to a Mastercard blog post on Wednesday.

“We are preparing right now for the future of crypto and payments, announcing that this year Mastercard will start supporting select cryptocurrencies directly on our network,” says the blog.

“This is a big change that will require a lot of work. We will be very thoughtful about which assets we support based on our principles for digital currencies, which focus on consumer protections and compliance.

Our philosophy on cryptocurrencies is straightforward: It’s about choice. Mastercard isn’t here to recommend you start using cryptocurrencies. But we are here to enable customers, merchants and businesses to move digital value – traditional or crypto – however they want. It should be your choice, it’s your money.”

The company will prioritise consumer protections and compliance in its own plans, Raj Dhamodharan, executive vice president of digital asset and blockchain products and partnerships, says.

Mastercard has already partnered with some of the biggest cryptocurrency firms, including Wirex and BitPay, but has historically required digital currencies to be converted into fiat currencies before processing payments for transactions on its network.

Not all cryptocurrencies will be included in the new policy. Mastercard singled out so-called “stablecoins,” which often peg their value to that of another asset, such as the US dollar.

“Many of the hundreds of digital assets in circulation still need to tighten their compliance measures, so they won’t meet our requirements,” says Dhamodharan. “We expect consumers and the ecosystem as a whole will start to rally around the crypto assets that offer reliability and security.”

“Our change to supporting digital assets directly will allow many more merchants to accept crypto — an ability that’s currently limited by proprietary methods unique to each digital asset,” continues Dhamodharan.

“This change will also cut out inefficiencies, letting both consumers and merchants avoid having to convert back and forth between crypto and traditional to make purchases.”

Visa has said that if a digital currency becomes a recognized means of exchange, there would be no reason why the firm wouldn’t add it to its network, which already supports 160 currencies. And Bank of New York Mellon said Thursday it will hold, transfer and issue Bitcoin and other cryptocurrencies.

The post Mastercard announces it will allow cryptocurrencies on its network appeared first on Payments Cards & Mobile.